In this EXCLUSIVE read, you will learn about how 'anger' is Vedanth's strength and weakness. Also, find out about his off-screen chemistry with Ammu! 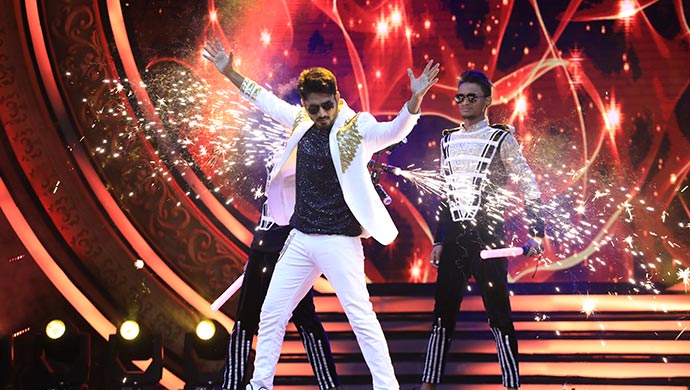 Leading the TRP charts and winning the audiences’ hearts one at a time is the hit show of Zee Kannada, Gattimela. It is a love story focussing on how two families from different sections of the society come together because of love in the end. Nisha Ravikrishnan and Rakshit star as the respective leads Amulya Manjunath and Vedanth Vashishta.  With their quirky shenanigans and fights, it is natural that so many people have fallen in love with this jodi and the show. You must have already read about the EXCLUSIVE interview on Amulya Manjunath, so today we decided to bring to you some interesting facts about Vedanth Vashishta aka Rakshith.

In a candid chat, he reveals his inspiration behind the character of Vedanth, whether he is a short-tempered person in real-life and also about his off-screen chemistry with Amulya.

Q. How does it feel to play the character of Vedanth?
A. It feels good. If you look at Vedanth as a character, a lot of efforts have gone behind building his onscreen persona. There was a lot of homework behind it. I found out from the channel that the character has been constructed in a meticulous way. There is generally an outline that we get, so all the additions that can be done in the character were also told to me. So I think the success that Vedanth’s character has received is well-deserved because there was immense hard work behind it.

Q. Vedanth’s character in Gattimela has a lot of anger. Is your real-life personality the same?
A. I was highly short-tempered, that was my only weakness and also my only strength. When there were a lot of disappointing moments, it was my anger that pushed me to fight back towards life. So I would also call it my strength. But at times this anger becomes my weakness too. Earlier, I would get angry in a second, but now I think before I act so you can say that a certain maturity has set in.

Q. While onscreen you and Amulya fight a lot, how is your off-screen chemistry?
A. On the sets we don’t speak much because I am a very reserved person. Usually we discuss our respective characters and how we can develop their personalities. Otherwise, Amulya, too is a silent girl, so we just discuss the script that’s it. There are no fights as such, we both are two reserved people, that’s all.

Q. Did this emotion of anger, help you do justice to the character of Vedanth?
A. Yes, definitely it has helped me a lot. In fact, for a lot of things, the character of Vedanth has been useful to me. As in, the way I talk in my real life, the way I dress up in my real life, I am very conscious about what I wear. Be it my watch, or my shoes or even my clothing, I am extremely choosy. And I really make sure I sport the best ones. Vedanth’s character too has such traits. So basically, there are many similarities between his lifestyle and my personal life, including the anger.

Q. So does that mean you didn’t have much trouble executing Vedanth’s character?
A. As a character, yes there were a lot of preparations but attitude-wise, personality-wise building the character came easily to me. Because it was very much within me. It is understandable that how or what I am, only I will know and maybe a few people around me will know. To show a mass audience about my character I have to be that evident. So I had to build my character that way.

Send in your best thoughts to this dashing actor in the space given below.

To watch some of the latest Kannada movies, click here on ZEE5 now.

Rocking Star Yash's Performance In The Film Rajadhani Will Make You Fall In love With Him Over And Over Again. Click Here To Watch The Action-Drama, Here On ZEE5

I Had Absolutely No Plans Of Doing Anything Else: Gattimela's Rakshit On His Acting Career