Amulya is heartbroken after Vedanth announces his decision to marry Sahithya 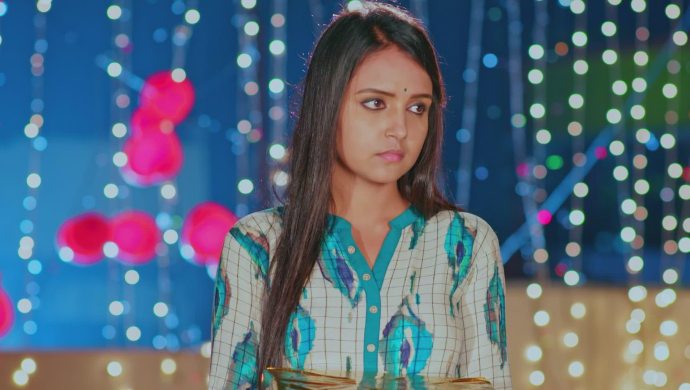 In the previous episodes of Gattimela, Vedanth tells Suhasini that he is ready to get married. While everyone expects him to take Amulya’s name as the girl he wants to marry, he announces his marriage with Sahithya. A heartbroken Amulya walks back home. When she reaches, she begins to cry to her father.

This week, Vikranth tells Vedanth that he should have been more considerate about Amulya’s feelings. Vedanth tells him that there is no need to overreact about the situation. He also says that he knows what he is doing.

Adya and Aarthi are having a conversation over the phone. They are clueless about why Vedanth made the decision of marrying someone else when he is actually in love with Amulya. Adya says that he does not realise that he is in love with her.

Meanwhile, Vedanth and Amulya share a moment. He asks her why she has started to behave so oddly. Amulya is not being her usual self. However, she tells him that nothing is wrong with her.

Suhasini and Vikranth are driving somewhere. When Vikranth stops at a petrol pump, he runs into Dhruva. The latter hugs him and asks him about his whereabouts. Vikranth is also surprised to see him work at the petrol pump. He asks Dhruva why he didn’t tell him anything if he was going through a crisis.

A couple of employees are talking about Vedanth having fallen for Sahithya. As they begin to badmouth Vedanth, Amulya walks in and slaps the employee. She tells him that he should focus on work instead of focusing on someone’s personal life.

Vedanth meets Amulya near the washroom. He realises that she hasn’t eaten her lunch and asks her why she hasn’t had her meal. She lies to him saying that she has already eaten. Vedanth, knowing that she isn’t telling the truth, makes her wait by the pool and brings her food.

As she is eating, he questions her about her behaviour. He tells that for someone who always has something to say, she has been extremely quiet that day.

Later that night, Amulya’s sisters plan a heartbreak party for her. On asking them, they tell her that heartbreak must be celebrated. All of them have a light moment.