On the next episode, Sharada gets an unknown visitor at her doorstep claiming to be an electrician! Do you think she will let him enter her house? 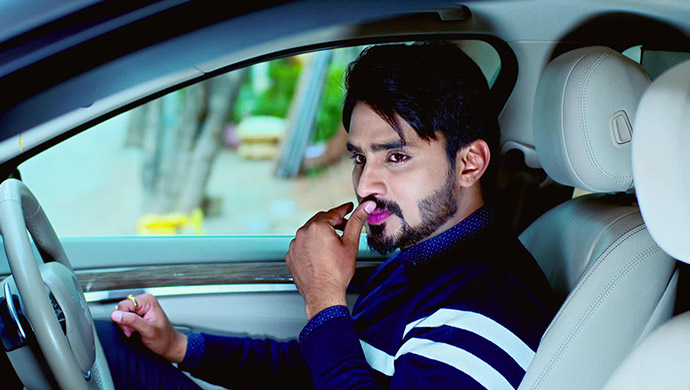 On the previous episode of Gattimela, while spending time with her family Parimala gets a mild heart-attack and decides not to tell anyone about it. Amulya, who is worried probes into the matter but her mother shuns away any doubt saying that it is the wedding stress. Vedanth, on the other hand, plans with Sarthak and Vikranth about how to keep Paramananda and Suhasini away from the Manjunath house on the marriage day. Vedanth later follows Gautham and finds out exactly where he lives. Elsewhere, Parimala asks Amulya to promise that she will take care of the whole family if something happens to her.

On the next episode, Vedanth dresses up as an electrician and goes to Sharada’s house. While she tries to recollect where she has seen the man he informs her that he is an electrician, who has come to check the fitting in the house. Then, he asks for a glass of water. When she goes to get it, he enters the house and spots Sharada’s wedding photo and takes a picture just as Sharada returns with the water.

Will Sharada catch him red-handed? Stay tuned to find out.

Watch Mummy: Save Me starring Priyanka Upendra, if you like horror films, streaming on ZEE5.

To Know The Calibre That The Rebel Star's Wife Sumalatha Ambareesh Has In Terms Of Talent, Go Watch The Film Thayige Thakka Maga Right Away, Only On ZEE5