In the next episode, Ammu calls Vedanth to thank him for all his help but soon flirts with him for the first time thinking he has a crush on her! 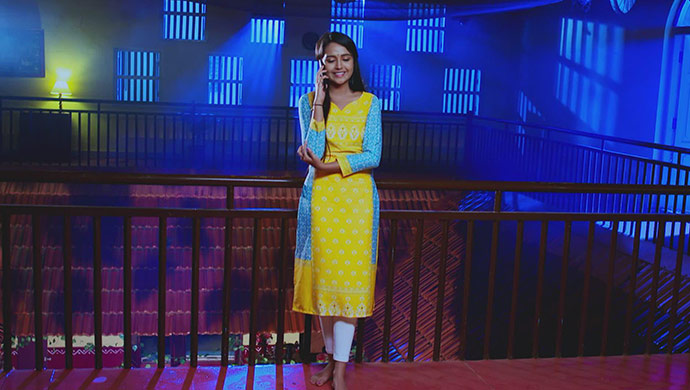 In the previous episode of Gattimela, thanks to the news, the secret of where Amulya was the night that Vedanth was accused of sexual harassment is revealed on TV. Needless to say, Tarini and Siddharth call off the wedding and leave. Pari brutally beats up Amulya for spending the night with an outsider, despite her trying to clarify what exactly happened. While Padma pressurises Sarika to confess the truth of her misdeeds, Vedanth finally steps in and calmly makes everyone understand that Amulya is a girl with high values and wouldn’t do something so heinous, thanks to her parents’ good upbringing.

On the next episode, Amulya calls Vedanth and thanks him for his help. When he informs her that it’s not necessary as he would have done the same with any woman in her place, Ammu dismisses this idea and tells him that she knows he feels a certain way for her. Without giving him a chance to say anything, she continues to say that if this weren’t the case he would have come all the way to her house and waited outside. Vedanth gets upset with her and asks her to clarify what she means.

Will Amulya confess? What is Vedanth’s reaction going to be? We’ll know in one day. Stay tuned.

For A Light-Hearted Yet Emotionally Balanced Film, Don't Miss Watching The Navarasa Nayaka Starrer Premier Padmini Tonight, Only On ZEE5