On the next episode, Siddharth curses Vedanth and Amulya and claims that they have a thing going on. Despite their attempts, the wedding is called off 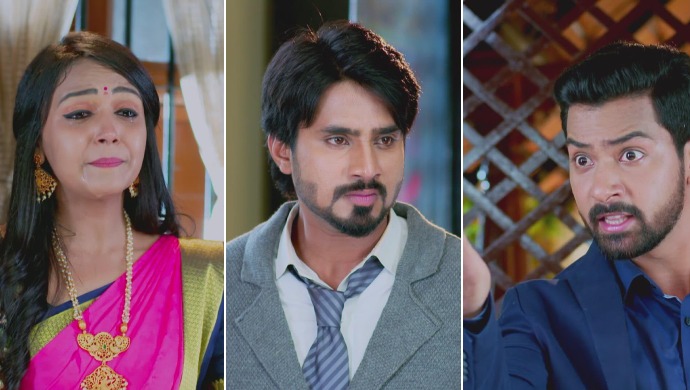 In the previous episode of Gattimela, Vedanth who makes many efforts to stop Amulya from getting finds himself caught in a romantic moment with her. Soon, just as Amulya and Siddharth have confessed that they both are okay with the wedding, a secretly captured video of Amulya confessing that she was with Vedanth for a whole night, surfaces on the news. The entire family is stunned as Tarini rebukes them for have a bad character and lying.

On the next episode, an irate Siddharth reveals the truth about Vedanth, who was standing outside their house like a goon, and concludes that he is sure something is going on between Ammu and him. To this, Vedanth clarifies that he is mistaken but Siddharth screams at him. Even Amulya tries to explain herself but an angry Siddharth is not ready to listen.

He then accuses her of malice as she has spent a night with someone else. As she cries inconsolably, Vedanth watches as Siddharth speaks ill of her character. After they leave, Parimala starts beating up Amulya ruthlessly as the family tries to separate them.

How is Vedanth planning to handle this heated situation? Will Pari and Manjunath ever forgive Amulya? We’ll know soon, stay tuned.

Incase You Didn’t Know, Prema Baraha Actress Aishwarya Is The Daughter Of…

For An Amazing Thriller Experience, Watch Out For The ZEE5 Original Film Barot House, Now Available To Stream In Kannada

Barot House Review: The ZEE5 Original Movie Is One Of Amit Sadh's Finest Piece Of Work Yet