Tonight, despite all the cruel things Pari says to Amulya after the truth is revealed, Vedanth fights to restore her good name amongst her parents! 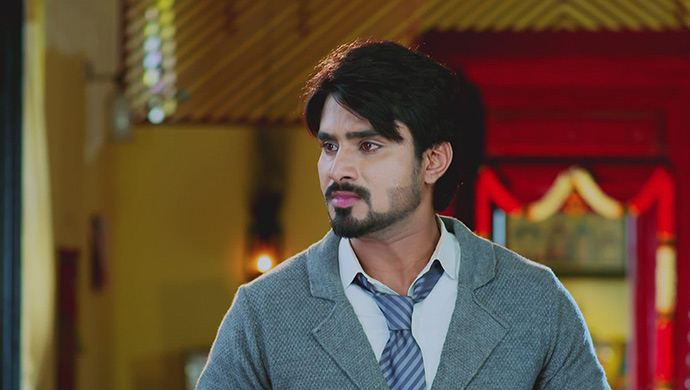 In the previous episode of Gattimela, when Vedanth tries many times to stop Amulya from getting married, soon finds himself caught in a heart-warming romantic moment with her. As the rituals of the bride and groom meeting alone are over and Amulya and Siddharth confess that they both want to get married, something shocking happens. A secretly captured video of Amulya confessing that she was with Vedanth on the night that he was accused of sexual harassment, surfaces on the TV, that was accidentally switched on. Manjunath and Pari are stunned as Tarini accuses them of lies.

On tonight’s episode, as soon as the news clip about Amulya confessing that she was with Vedanth the night that he was accused of sexual harassment, Tarini gets furious with the Manjunath family and accuses them of treachery. She even tells them that she was okay with them not having wealth or anything of the sort but not having respect is something she cannot tolerate.

When Amulya interrupts and tries to tell actually what happened, Siddharth screams at her for talking to his mother. He then tells everyone that Vedanth was the one who misguided him earlier, much their astonishment. He also demeans Amulya by telling her that she was so easily accepting this wedding even after spending the night with an outsider.

Soon, Tarini and Siddharth leave calling off the wedding. As a desolate Pari walks across the room, Amulya falls to Manjunath’s feet and tells him that she didn’t do anything that has to be shameful for, her only mistake was to hide this incident from them. To this, Manjunath exclaims how disappointed he is in her. Suddenly, a sense of rage comes over Parimala and she starts beating up Ammu without giving it thought.

Somehow, due to some help, Pari is separated from Amulya, causing Vedanth to feel upset for her. As Pari explains to her how emotionally draining it is when as parents, they have given their blood and sweat for their daughters and this is what they get in return. Vedanth finally speaks up and informs them that the fault is all his but this ends badly for Amulya as Pari again starts beating her.

After scolding her some more she then places her doubts on why Vedanth is here if nothing is going on between them. When she says that she too thinks something must be up with them, Ammu and Vedanth are shocked. Meanwhile, Padma signals to Sarika from a distance to go to her immediately. In the hall, Pari is shocked when Vedanth himself touches her feet.

While Padma warns Sarika to confess how all this mess started because of her mistake, Vedanth calmly explains the whole matter to Pari and Manjunath. They snap back at him about why she didn’t tell them earlier and Vedanth has the answer to this ready too. He says that she hid this from them as a result of the fear they have imbibed in her of society.

He also adds that had it not been for her confession of the truth whosoever had wrongly accused him would have won. Before they can say anything, he clarifies to them that she is a child of their values and upbringing and no matter what anyone thinks they should at least know she wouldn’t let any man come near her given the circumstances. Pari and Manjunath stand speechless learning the truth in the end.

How is Pari going to respond to her niece’s misdeeds? Does this change things between Ammu and Vedanth? Stay tuned to find out.

Watch the latest movies on ZEE5, by clicking here.

Inspired by Chitra’s Love For Healthy Food, Here Are A Few Quick Recipes…