In the next episode, even though Amulya's brain says one thing, her heart denies that Vedanth will simply accuse someone. Will she trust him? 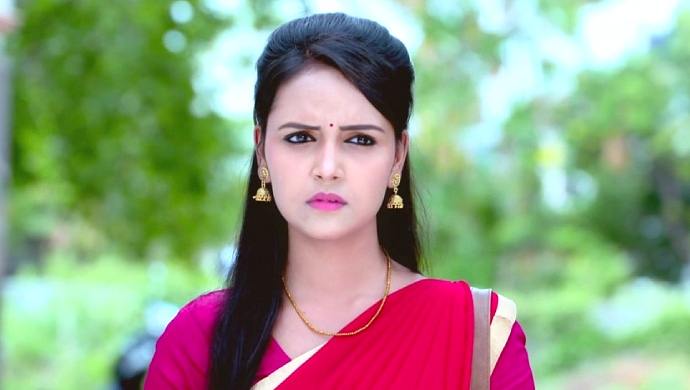 In the previous episode of Gattimela, Amulya pleads to Vedanth to apologise to Gautham but all her efforts go down the drain. Soon, Vedanth decides to try and put sense into Aarthi and calls her to the park to meet, but things go horribly wrong. Firstly, she says that she already knows he is about to bad-mouth Gautham. Second, she denies believing a word of what Vedanth is telling her. When he is about to leave from there, Vedanth gets a mocking note from Gautham but is surprised to see him with Amulya.

On the next episode, Amulya calls up Vedanth and tells him that if he has anything to say about Gautham, she is ready to listen. Vedanth is speechless to hear this! When he checks if what he heard was right, Amulya clarifies that she even though her brain is blaming him for ruining things, her heart says that he is not the kind of person who will simply accuse someone. She then gives him 24 hours to prove that Gautham is a fraud and prevent Aarthi from getting married to him. Much to her surprise, Vedanth responds in a positive manner and promises to prove himself. This puts Amulya in a dilemma about why someone like Vedanth would always have something to argue is actually agreeing with her.

Will Vedanth be able to prove himself? How will Amulya tackle this problem? Find out in tomorrow’s episode of Gattimela.

Watch Kiccha Sudeep's Hebbuli If You Are A Die-Hard Fan Of The Actor, Streaming For Your Entertainment Pleasure On ZEE5

Naagini's Deepika Das Loves Getting Clicked Around Cars. These PICS Are Proof