While Amulya is shell-shocked the solution Adithi finds to help their older sister, Vedanth readily agrees to this. Find out what else happened. 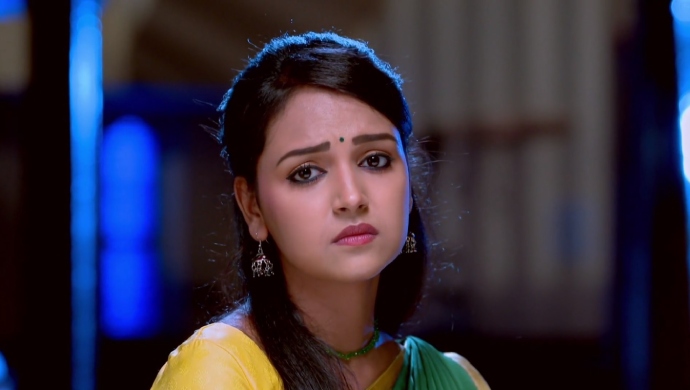 In the previous episode of Gattimela, Gautham backs out from Aarthi and Vicky’s love story, thanks to Amulya and Vedanth, and lets Aarthi know how he feels. Aarthi and Vikranth, who are secretly taken to the temple for this, are taken aback by this gesture. To everyone’s surprise, Vedanth reluctantly thanks Amulya for her help. Later at home, while the three sisters get emotional about what happened at the temple, Suhasini questions Vedanth about how he convinced Vikranth to become his normal self again!

On tonight’s episode, while having dinner, Parimala gets irritated about someone calling Amulya so late in the night and probes into who it is. The next morning, Amulya reaches the decided spot between her and Vedanth before ordering for a cutting-tea! A few moments after her, Vedanth reaches the spot too and taunts her for selecting a terrible meeting spot like the one they are in now. Their petty argument begins thus begins with each one throwing accusations at another. Vedanth then comes to the point about the next step they have to take in Aarthi and Vicky’s matter. To this Amulya ‘slurps’ on the tea so loudly that it prompts Vedanth to throw another snarky comment on her upbringing. Finally, they both come to the point. It is soon decided that after Amulya talks to her family about Vicky and Aarthi, Vedanth will do the same.

At the Manjunath house, Parimala lovingly combs Aarthi’s hair when an absent-minded Amulya walks past them. Her mother then scolds her neglecting all the household errands for her office work. Amulya tries to tell her mother about the issue at hand, as Vedanth told her, but fails in her attempt. Just then Parimala gets the good news from Manjunath, that his loan is sanctioned for the marriage expenses, much to Aarthi and Amulya’s astonishment. All except Amulya go to make the list of items needed for the wedding. With some time to herself, she decides to act on the Aarthi and Vicky’s love story as soon as possible, given the fact that her parents are in full swing for their eldest daughter’s wedding. Later, Adithi finds Amulya lost in thought and approaches her to find out what is going on.

After seriously contemplating on the grave situation at hand, Adithi comes up with a solution that leaves Amulya speechless! The former somehow succeeds in persuading Amulya that the decision of getting Aarthi and Vicky married is the only way to see the problem through. The next day, Amulya awaits Vedanth on his jogging track and soon informs him about the situation at her house. She then puts Adithi’s idea on the table and asks him why they only can’t get their siblings married. When Vedanth suggests that they can do it tomorrow morning itself, Amulya freaks out claiming that it is such short notice.

Upon learning that Aarthi still has to be convinced for the temple wedding, Vedanth gets furious and screams at Amulya. Their quarrel ends with the decision that the wedding will take place tomorrow at the temple. When Amulya tells Adithi about the marriage, she is shocked. They then go to purchase a wedding saree for their sister. After going through many sarees, they finalise a beautiful orange reshme seere for Aarthi. Just as Adithi takes a look around the shop, she is stunned at what she sees. When Amulya is asked to take a look at who is behind them, she is shell-shocked to see her father in the same shop.

Will Manjunath see his daughters? What will Amulya do now? To know, you have to stay tuned.

Watch the Prema and Prakash Belawadi special on Weekend With Ramesh, streaming in HD on ZEE5.

Gattimela 7 May 2019 Preview: Amulya And Adithi To Select A Wedding Saree For Aarthi