In this episode, Vedanth tries to speak to Aarthi when Amulya doesn't listen to him about Gautham. However, things work against his favour. 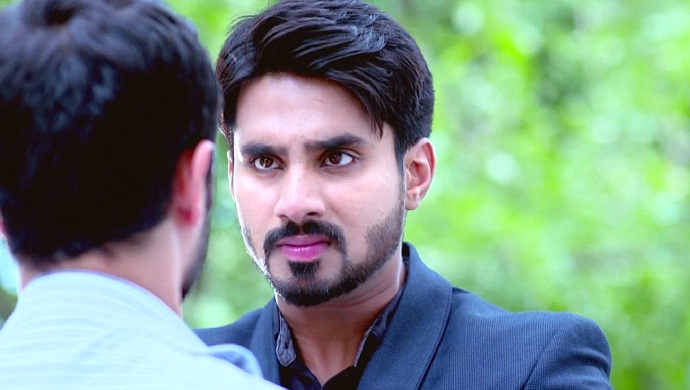 In the previous episode of Gattimela, Vikranth finds some goons as he is walking down an isolated path aimlessly. Vedanth, who is in the car looking for his younger brother, calls Amulya to check if he might have come to her house. After Manjunath finds Vicky, Vedanth too reaches there and gives an angry look to his younger brother. When he tries to warn Vikranth about Gautham, it turns out the latter has already brainwashing Vicky about how Vedanth tormented him in the cabin.

On tonight’s episode, Amulya tries to make Vedanth apologise to Gautham but the latter denies it outright. She then announces that if he apologises to Gautham, she will accept defeat in the seven-day challenge they have going on and will resign immediately. Despite her pleas and the tempting offer, Vedanth denies this deal causing Amulya to order him to apologise as a last resort. With much hope, she calls Gautham. He, on the other hand, doesn’t receive Amulya’s call but is happy that his plan is working well. Irritated, Amulya tries again and asks Vedanth to apologise, but when Gautham picks up the call, her boss screams at him. Shocked, Amulya ends up apologising to Gautham and hangs up. Without a word when she leaves causing Vedanth to make a decision soon.

Meanwhile, Gautham recollects how he paid off the goons to attack Vicky and is glad that now he is in everyone’s good books. Aarthi soon receives a call from him and is happy that Gautham is still talking to her. When she tries to be grateful to him about the fact that he is helping her and Vicky officiate their love, Gautham promises to ruin the love between them. At the office, Vedanth gets annoyed that no one is ready to believe him that Gautham is a fraud and asks Vicky for Aarthi’s number. He then asks her to meet him. At the meeting point, just as Vedanth is about to reveal what is on his mind, she seems to know it beforehand. He is shocked to learn that Aarthi and Vicky already discussed this meeting and they both have full faith in Gautham. A helpless Vedanth leaves the place and goes to his car in disbelief that none can see Gautham’s true face.

Just then, a small boy hands him a piece of paper and quickly runs away. Vedanth is taken aback when he finds out that it is a message from Gautham, mocking him on his defeat. He shows it to Vicky and Aarthi and tells them that the note has to be from her ‘fake fiance’. To his astonishment, Gautham and Amulya are seen arriving there on a bike just then. This makes Vikranth and Aarthi think that something is wrong with Vedanth, much to his disappointment. In anger, Vedanth goes and catches hold of Gautham’s collar and informs him that the game is on. Gautham is delighted but pretends to be scared in front of Aarthi, Vicky and Amulya. In the end, Gautham deliberately blocks Vedanth’s path and stands to look at him with a smirk.

What will Vedanth do now? Will Gautham give him one more challenge? Stay tuned for tomorrow’s update to find out.