In the next episode, Vedanth informs everyone why he doesn't like Amulya falling at everyone's feet. Suhasini's final decision is startling... 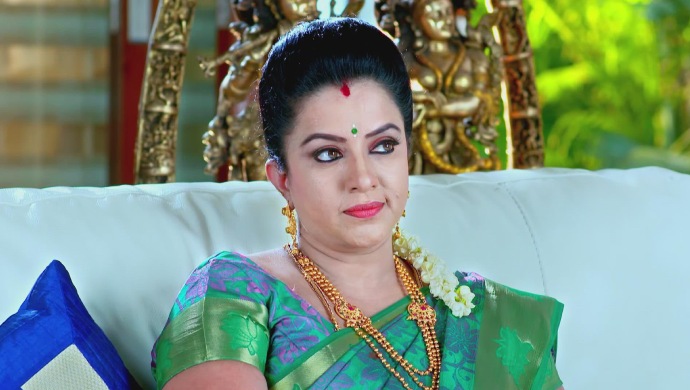 In the last episode of Gattimela, Vedanth apologises to Suhasini for lying to her before and the mother-son share some bonding time over dinner. The next day, Pari overhears Aarthi saying that if the condition is that her mother falls down to Suhasini’s feet she would rather not get married and is heartbroken. She then goes to Suhasini’s house to apologise. Vicky calls Amulya over immediately after learning what Parimala is about to do. At the end, when Amulya touches Suhasini’s feet instead of her mother, Vedanth doesn’t like it and takes her by the hand to lift her up.

On the next episode, Vedanth explains to everyone that he doesn’t like that the ladies who are the bride’s family fall on someone else’s feet. Saying this he directly asks his mother whether she has accepted Vicky and Aarthi’s love or not. When Suhasini’s husband and Vicky pressurise her to reveal her decision, she finally agrees to get them married, much to Parimala and Amulya’s relief.

Does Suhasini have another plan behind this move? Will Aarthi and Vicky’s wedding really take place? You’ll only if you stay tuned

Check Out The First Round Went For The 12 Sakkath Zee Kannada Kutumba Jodis Of Dance Karnataka Dance Family War 2, Here On ZEE5