On the next episode, Amulya feels bad for Vedanth when she learns that Vikranth has left the Vashishta house forever. Will she be able to help him? 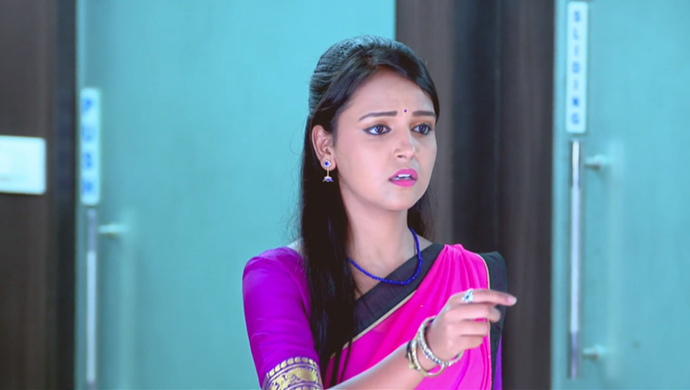 In the previous episode of Gattimela, Gautham is saved just by a few seconds as Amulya reaches after he has confessed his evil deeds to Vedanth. This gives him the opportunity to create a rift between Vedanth and Amulya too. Elsewhere, Suhasini learns from the priest that the woman Vicky loves might be the cause of his death and gets panicky. When she enforces her ideas on Vikranth, he gets furious and leaves the house. Vedanth is shocked to learn this later and goes looking for him.

On the next episode of Gattimela, Vedanth directly gets to the point with Amulya asking whether Vikranth came near her house to meet Aarthi or something. An irritated Amulya is just about to teach him mobile phone etiquette when he interrupts her asks her to first listen before talking. Then he informs about Vicky leaving the house, which leaves her shocked. As it turns out, Amulya actually pacifies Vedanth by asking him not to be scared and hoping that he finds Vikranth soon.

Could this be the start of a new friendship? You’ll only know if you stay tuned.

Have you seen the Sumalatha Ambareesh starrer Thayige Thakka Maga yet? Stream it on your ZEE5 right away!

Radhika Pandith And Appu Sir Starrer Doddmane Hudga Will Make You Believe In Love Again. Click Here To Watch The Film On The ZEE5 Platform

Kamali Actress Yashaswini's Special Moments With Her Doggie Coco, Will Melt Your Heart