On tonight's episode, Ammu's worst nightmare comes true; Parimala goes to Suhasini's house to apologise and touch her feet! What will happen now? 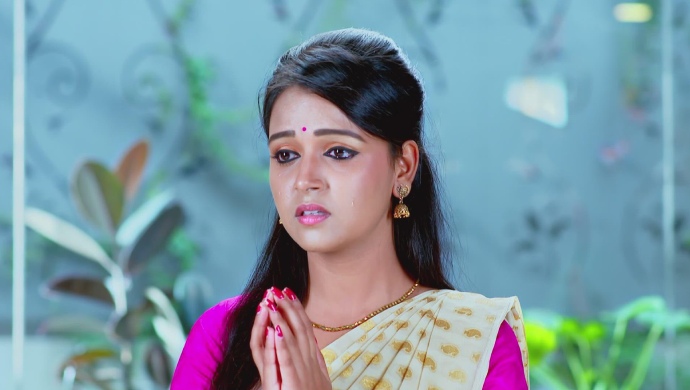 In the previous episode of Gattimela, all is fine between Manjunath and his daughters again only because of Sarthak. Elsewhere, Vedanth and Vicky go to the Manjunath house to see how they can take things forward. By this time, Suhasini finds an accomplice in stopping Aarthi and Vicky’s wedding, i.e, Sarika. Later in the evening, Amulya and Aarthi meet Vedanth and Vicky, who are waiting outside their house. The girls are then shocked and scream at the two brothers standing there when they learn that Suhasini wants Parimala to touch her feet and apologise.

On tonight’s episode, Vedanth is surprised when he finds Suhasini waiting for him to have dinner. He sincerely apologises to her for having lied before and promises to fix things as she feeds him food and vice versa. A few moments later, she tells him in a soliloquy that he has no clue about her master plan going on inside her head. The next day, at home Adithi and Amulya, have a huge fight in front of Aarthi, who is completely oblivious to their loud fight. Upon realising that Aarthi is not responding to them, they probe into the matter.

Just then Parimala arrives there and is sad to overhear that Aarthi is thinking of cancelling the wedding if it can prevent her from going to Suhasini’s house to touch her feet. At the Vashishta house, as Suhasini and her husband are having lunch, an unknown visitor arrives. Upon going to the door herself, Suhasini stands stunned to see Parimala and invites her in with a taunt. Soon, Vicky comes down to see who it is and is shocked to see his to-be mother-in-law. He immediately sends a voice message to Amulya, who is busy arguing with Anju at home about the latter’s education. Astonished to listen to the voice clip, Amulya runs to Vedanth’s house.

Elsewhere, Sarika is planning her wedding outfit with a designer on the phone when she sees Padma and Aadya standing with disgust outside her door. They try their best to change Sarika’s mind and even scold her but in vain. At the Vashishta house, just as Parimala is about to touch Suhasini’s feet to apologise, Vedanth arrives there and tries to stop this but fails. A teary-eyed Amulya soon rushes to her mother’s side and instead falls at Suhasini’s feet asking her for forgiveness. In the end, Vedanth isn’t able to bear the fact that Amulya is falling at his mother’s feet and goes to pick her up, much to Suhasini’s amazement.

Will she agree to Vicky and Aarthi’s wedding? What will Vedanth do now? Stay tuned to tomorrow’s update to find out.

Kiccha's Sakkath Role Of A Para-Commando Officer In Hebbuli Will Keep You Hooked. Click Here To Watch The Film On ZEE5