In this episode, find out how Gautham successfully creates a rift between Amulya and Vedanth. In other news, Vicky leaves his house thanks to Suhasini 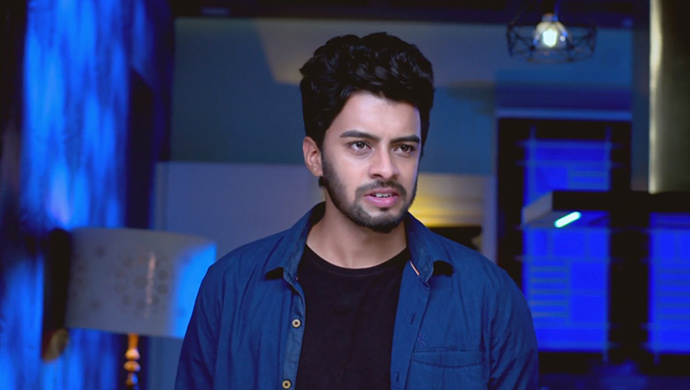 In the previous episode of Gattimela, Gautham continues wreaking havoc in Vicky and Aarthi’s life by going to the latter’s house on his birthday. Vikranth, who visits the Manjunath house to apologise to Aarthi, is angry to see Gautham feeding her cake instead. Elsewhere, Vedanth decides to unveil Gautham’s true colours to Amulya and succeeds in getting a confession out of him. However, Gautham is shocked to see Amulya standing behind him right after he reveals his true nature to Vedanth.

On tonight’s episode, Amulya claims that she didn’t hear anything that was going on between Vedanth and Gautham. This causes Vedanth to get shocked and Gautham to pretend as though the former did something really bad. Amulya buys Gautham’s fake story and gets furious with Vedanth. Meanwhile, at the Manjunath house, Aarthi worries about Vicky and vice versa. Vikranth, who is almost about to drink alcohol again to forget his pain, decides against it because Aarthi is on his mind. Back at the office, Amulya picks up a huge fight with Vedanth for insulting Gautham and warns him to fix things with the latter at any cost.

At the Vashishta house, Suhasini calls for a priest, who looks at Vikranth’s stars and gets worried. When Suhasini probes into the matter, he reveals things about Vicky’s personal life, causing her to get surprised. Then, he breaks a piece of alarming news to Suhasini about the girl Vicky loves. He tells her that if Vicky continues with this particular girl, there is death written in his fate. When she tries to find out a solution to this, the priest informs her that only after he knows who this girl is, can he think of a solution. He then asks her to find out about the girl and keep him informed.

Elsewhere, Vedanth retaliates to Amulya’s accusation against him but she doesn’t stay calm. An intense argument soon follows, and Amulya storms off the cabin but not before giving another warning to Vedanth about never interfering in her matters again. This leaves Vedanth in a bit of a pickle. Soon, as Vicky is about to leave to meet Aarthi, Suhasini interrupts and asks to talk with him. When she shows him photos of a few girls, Vikranth gets very upset and taunts his mother. She then makes it clear that if he has to stay in the Vashishta house, he has to listen to what she says. To this, Vicky promises never to trouble any of them again and leaves the house.

Vedanth returns home to find a distressed Suhasini, who is crying relentlessly. He immediately probes him in the matter. She then tells him clearly about what happened. When he dismisses claims of Vikranth doing anything silly, Suhasini tells him the exact words that came out of Vicky’s mouth, causing Vedanth to get shocked.

Where will Vicky go? What will Vedanth do to find him? Stay tuned for more updates.

Watch your favourite Zee Kannada shows, streaming on your ZEE5 for free.

Have You Ever Seen Appu Sir In A Horror-Comedy Role? If Your Answer Is No, Natasaarvabhowma Brings Out The Power Stars True Talent As An Actor. Click Here To Watch The Film Now

From Dhilukku Dhuddu 2 To Panchatantra: ZEE5’s June 2019 Roster Is A Total Rollercoaster