In this episode, Vedanth stands guard outside their house, while the Manjunath sisters sleep in peace. Adithi later realises that he's a gentleman! 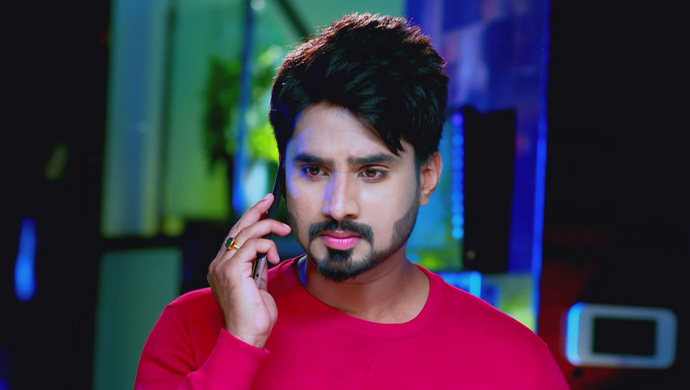 In the previous episode of Gattimela, Manjunath gets a piece of alarming news from the doctor that Parimala has already suffered a mild heart attack before. Angry with himself, he then unleashes his wrath on his daughters and tells all the four of them that they are dead to him. Vicky, on the other hand, feels guilty for causing this whole mess causing Vedanth to instil courage in him. Meanwhile, as the Manjunath sisters are returning home, all their neighbours heckle them severely. Once outside their house, Amulya, Aarthi, Adithi and Anjali sit outside their locked house, crying inconsolably.

On tonight’s episode, Vedanth and Vicky come home to see an irate Suhasini sitting on the couch. Vicky immediately announces that he isn’t interested to be part of another drama with his mother and retires to his room to take rest. Vedanth, however, apologetically sits next to his mother, holds her hands and pleads for her forgiveness for not telling her about Vicky and Aarthi earlier. When Suhasini asks him if he is planning to do the same as his brother, Vedanth immediately swears on his mother that he won’t do anything henceforth without her permission. Outside the Manjunath house later in the evening, the four sisters sit in wait for their parents. Then, a neighbour comes and offers shelter but Amulya politely tells her that they would like to wait for their parents at their house only.

As they are sitting helplessly, Amulya gets a call from Vedanth so she goes to the side to speak to him. As soon as he hears her voice, Vedanth realises that she is crying and asks her to share her feelings with him. She then tells him that her mother is better now and they are waiting for Parimala and Manjunath outside their house. Shocked, Vedanth probes into the matter and learns that they forgot to take the keys of the house from Manjunath. She further adds that if she has to go to the hospital to retrieve the key she is scared to face her father again. Immediately Vedanth offers to come down there but Amulya advises him not to as the neighbours might start talking. He then cuts the call but not before telling her to keep him posted about Parimala’s health.

Upon going to Vikranth’s room to talk to him, Vedanth is shocked to see the room destroyed. Vicky then vents out his sadness to Vedanth and tells him about what happened at the hospital. He then promises his younger brother that as long as his ‘agraja’ is alive he will do everything in his capacity to keep him happy. Back at the Manjunath house, Adithi wakes up to find Anju calling out for her mother in her sleep. After a few moments, Adithi spots a familiar car parked outside and goes to see who is there. She is then startled to see Vedanth standing outside. By this time, Vedanth spots her and immediately brings out some blankets and hands it over to keep them warm. He informs her that if there is anything like food or something that they need to keep him posted.

Upon realising that Vedanth has helped them so much Adithi tells herself in a soliloquy about the great gentleman that he is. She asks him to go away but he insists on staying guard while they sleep. Adithi apologises to Vedanth for doubting him before and goes to cover her sisters with the blanket. Late at night, Adithi wakes up and realises that she will be in trouble if her sisters wake up and find the blankets on themselves especially when she has promised not to tell them anything about Vedanth. She slowly removes the blankets and keeps them aside when the chill reduces. The next morning, Aarthi wakes up her sisters and is shocked when Anju wakes up crying out for Parimala. While they are comforting her, Adithi excuses herself and goes to the gate. There, she feels pity to see Vedanth still staying guard. Somehow, she signals him to leave before her sisters spot him. Amulya, however, has a doubt that Adithi is hiding something.

Will Amulya make Adithi reveal the truth about Vedanth? When will Parimala return home? To know you will have to stay tuned.

Watch your favourite Kannada content on the ZEE5 platform now.

If You Like Deglam Movies, Chemistry Of Kariyappa Should Be Your Go-To Film This Weekend, Streaming In HD On The ZEE5 Platform

Paaru Weekly Recap Of 24-30 July 2019: Paaru And Aditya's Getaway Proves To Be Romantic