Amulya and her sister are at the party when the former gets a call, informing her that their father has met with an accident 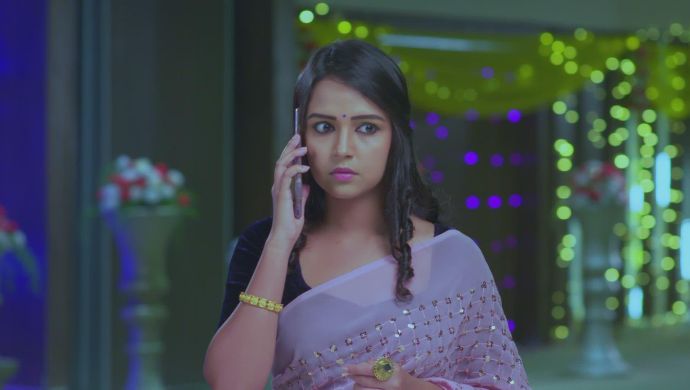 In the previous episode of Gattimela, Sahithya acts affectionately towards Vedanth. Amulya sees this and wonders if she should put herself through more grief. Vedanth sees Amulya serving drinks and asks her the reason for the same. While she tries to ignore him, Vedanth, too, begins to serve drinks.

In this episode, everyone surrounds Sahithya and Vedanth who are cutting her birthday cake. When she cuts it, Suhasini tells Vedanth to feed her a piece of cake. However, he is looking for Amulya who is hiding from his sight. Amulya begins to think to herself that it is better for her to move on instead of sulking about him all the time. She is sad about this situation when she catches Vedanth staring at her.

His friends ask him how he met Sahithya and what is it about her that made him fall in love with her. Instead of focusing on Sahithya, he recalls his moments with Amulya who can hear the conversation he is having with his friends. He recalls the time when she helped him conduct a meeting at the office. Vedanth had no knowledge about the clients that he was interacting with. It was at that time that Amulya whispered the information to him so that he could give the presentation to them. Ajji tells Suhasini that this party doesn’t seem like a good idea and she should not have arranged it. She also says that Vedanth doesn’t like parties and she should not have made him become a part of such  an environment.

Meanwhile, Amulya discovers that her father has met with an accident and Aarthi and she rush to the hospital. Sarthak, Vedanth, and Vikranth reach the hospital. Vedanth consoles Amulya and hugs her while Vikranth consoles Aarthi. Amulya also blames herself for forcing her father to attend the party. If she hadn’t asked him to come, this accident would have never happened.

Shaambhawi, Who Plays A Vamp In Paaru, Is A Real-Life Fashion Icon

5 Instances From Sudeep Starrer Hebbuli That Prove That Good Always…

5 Strong Female Characters Of Gattimela That You Must Know About