Vedanth searches for Amulya while Sahithya is cutting her birthday cake. 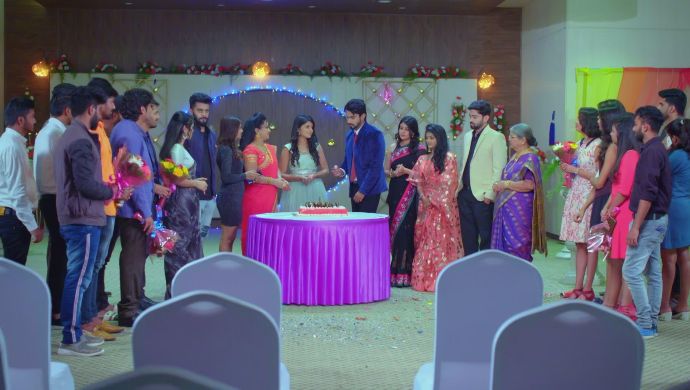 In the previous episode of Gattimela, Sahithya acts very affectionately towards Vedanth which is seen by Amulya, who wonders if she should put herself through more grief. She somehow consoles herself by thinking about her sister, who is going to get married to Vikranth and tells herself to stay strong for her family.

In the next episode, Sahithya cuts her birthday cake. Vedanth is still searching for Amulya, who is hiding from his sight so that the two wouldn’t have to converse again. As the cake cutting gets completed, Suhasini tells Vedanth to feed Sahithya a piece. He refuses but she forces him to feed her cake. Just then, he spots Amulya and the two stare at each other.