In the next episode, the doctor gives Manjunath shocking news. Later, when Amulya asks permission to go an meet their mother, Manjunath gets angrier! 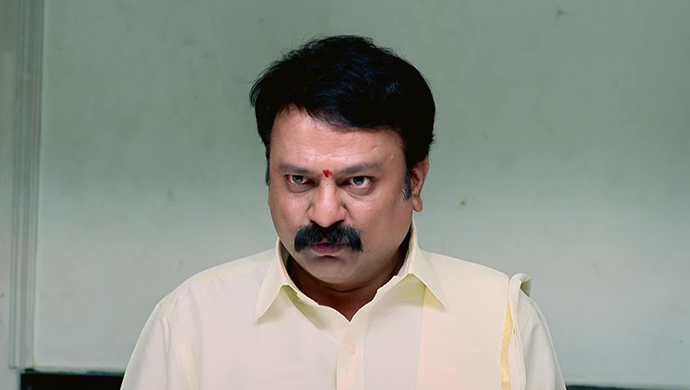 In the previous episode of Gattimela, thanks to Aditya and Paaru, Gautham true face is revealed in front of everyone. Manjunath and Parimala are still coping from this shock when Gautham drops another bomb on them and informs everyone about Aarthi and Vicky’s love story. The third shock hits Manjunath and his wife when Gautham tells them that Amulya and Vedanth are equally to blame for the whole scheme. The fourth shocker from Suhasini gives Parimala a heart-attack and falls to the ground. Later at the hospital, Manjunath gets furious with Vicky so Vedanth takes him away from there.

In the next episode, Manjunath is taken aback when the doctor tells him that Parimala has had a mild heart attack once before. She then adds that probably Parimala didn’t want to share it with anyone causing Manjunath to get worried. Soon, Amulya and Aarthi beg Manjunath to let them see Parimala just once. However, an irate Manjunath warns them that they can do so only through his dead body. Padma and Aadya watch with sadness in their heart while for Sarika, she has a great time.

Will Parimala be alright? What will Manjunath do now? You’ll know only if you stay tuned.

Watch Natasaarvabhowma if the Power Star is your favourite hero ever, here on your ZEE5.

Watch The Latest Episodes Of The Newest Show On Zee Kannada, Radha Kalyana, To Continue The Entertainment On ZEE5