Vedanth reveals a devastating secret to Gautham, who stands shell-shocked in front of him and Amulya. Read more to find out what else happens. 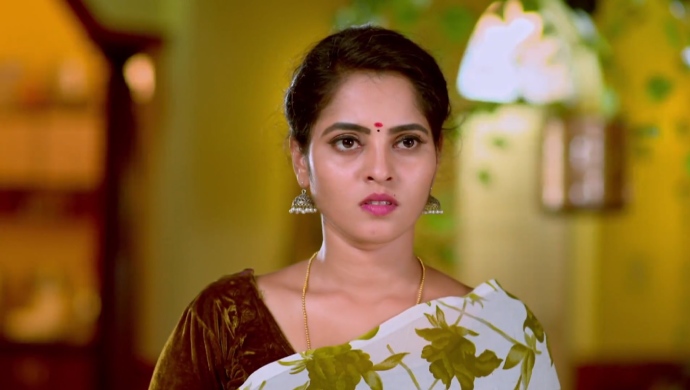 In the previous episode of Gattimela, Aarthi doesn’t appreciate it when Gautham comes home asking her to wear the engagement ring he couldn’t make her wear earlier. Meanwhile, Vedanth, who meets Amulya to figure the way forward, comes to the conclusion that Gautham will be the best possible solution to break the wedding. He makes the plan accordingly and gets Amulya on board on the account that it is for the sake of their siblings. Later, Parimala and Manjunath, who go to Padma’s house to give her the first wedding invite are annoyed to see Suhasini already present there. Suhasini reciprocates their feelings and the situation comes to a stalemate.

On tonight’s episode, Suhasini insults Parimala and Manjunath when they offer her the wedding invite on Padma’s request. After a few moments, Parimala comes up with the perfect reply to Suhasini, causing her to get irate. At the office, Vedanth welcomes the investors of his organics project but is devastated to learn that they have changed their mind. Upon probing into the matter, he learns that because there are no women (who have better expertise when it comes to organics) in his company, they are having second thoughts. Like a flag that sways with the wind, Vedanth immediately reveals that they are planning to hire more female employees and that the admin of the company is in fact, a woman. Sarthak looks at Vedanth with a lost expression, when he talks about hiring a woman.

The investors are satisfied and the deal is made. Much to Sarthak’s disappointment, his request to reinstate Amulya as the admin is denied by Vedanth, who announces that no matter what she won’t step into his company again. Elsewhere at the Manjunath house, Aarthi and Amulya become worried when their parents speak of how Suhasini treated them at Padma’s house. While Amulya decides to fix this situation before Vicky sees the invite, Aarthi stares dumbfounded at her parents who continue to talk ill about Vicky’s family.

The next day, Adithi and Amulya promise to help Aarthi’s situation to the best extent as they can. The latter then heads to meet Vedanth at the same location as before, but not without Gautham. After exchanging pleasantries, Gautham enquires about why Vedanth has called him to a secluded location. Following this, he also tries to find how why Vedanth told Amulya to contact him when the former doesn’t like women. Soon, Vedanth comes directly to the point and gives Gautham the biggest shock of his life.

An irate Gautham insults Amulya and her family for hiding Aarthi’s truth until now. When Vedanth promises to ruin his life if he goes through the engagement, Gautham accepts the challenge and leaves. Back at home, Amulya follows Gautham, who barges in and tells Parimala and Manjunath that he wants to tell them something important. When he sees Amulya showing a pleading gesture, he avoids the topic. Then, he informs Aarthi not to avoid his calls as she has done until now as he has to speak to her at any cost. Elsewhere, a cheerful Vicky prepares himself a plate of dinner and is about to eat when his eyes see Aarthi’s wedding invite and he isn’t able to believe it. He later throws a fit and looks at Vedanth disappointingly before storming off to his room.

What will Vedanth do now? Will he be able to convince Gautham? Only one way to find out, stay tuned.

Entertainment on ZEE5 is always just a click away.

Chandan Achar Plays The Role Of Uttar Kumar, A Mama And Papa's Boy In the Film Chemistry Of Kariappa. Watch The Film On ZEE5 By Clicking Here

Yuvina Parthavi’s Act in Mummy: Save Me Will Prove That She Is A Pocket-Sized Powerhouse

Gattimela 1 May 2019 Preview: Aarthi Pleads To Vikranth To Forget About Her