In this episode, Vedanth insults Amulya to a great extent. What will he do once he realises what a mistake he has done? Will Amulya forgive him? 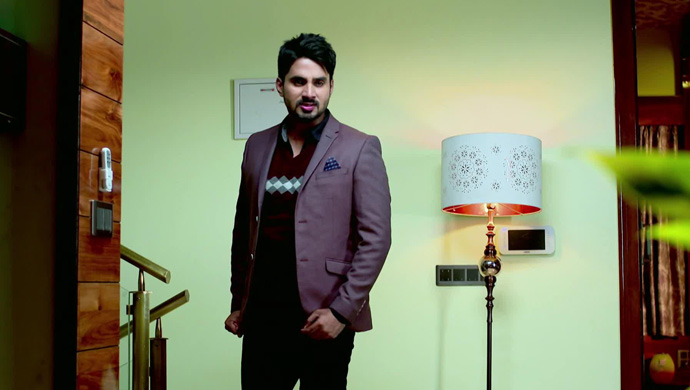 In the previous episode of Gattimela, when Suhasini raises her hands on Parimala, her ear starts bleeding. Amulya, who could not bear this sight, slapped Suhasini back in a moment of anger. After many insults hurled at them, Parimala took her daughters and left in a devastated state from the hospital. When Vedanth came to the hospital later and spoke to Aadya, he learnt of a commotion that was taking place outside her room sometime back. He then asked Suhasini but Paramananda answered for her and put all the blame on Amulya for starting the fight. Padma, who tried to speak the truth, was interrupted constantly by Suhasini’s brother. Irate, Vedanth called Amulya to meet him and didn’t settle till he slapped her hard across the face.

On tonight’s episode, Vedanth curses Amulya after slapping her much to Adithi and Vicky’ dislike and gives her reasons as to why he was tolerating her until now. When he asks her what she would have done if someone hit her mother like that, Adithi interrupts him. Despite Amulya’s pleas to stop Adithi from saying anything further, her sister clarifies to Vedanth that it was Suhasini, who hit Parimala first. In tears now, Amulya continues to apologise to Vedanth but he gets confused and storms away. Vicky too follows him out after a small apology to the Manjunath sisters.

Elsewhere, Paramananda tries to lighten the situation by making jokes with his sister. But Suhasini is in no mood for jokes and decides to teach the Manjunaths a lesson. Upon reaching home, Adithi asks Amulya if they should tell Aarthi about what happened at the park, but the latter advises her sister against it. Aarthi, who comes there soon, is puzzled to know that her sisters went to the temple and assumes that they went to pray for Parimala. Meanwhile, Vedanth and Vikranth listen to Paramananda confessing to himself about misleading the former.

After getting into the house, Vedanth scolds Vikranth and asks him to go meet Suhasini, who is calling him from so long. Vicky, on the other hand, goes with much reluctance as he knows his brother’s anger. Then, Vedanth punishes himself for raising his hand on a woman and that too on Amulya. By the time Vicky returns to his brother, Vedanth’s hand is already bleeding. Angry, Vikranth asks his brother to shut up and sit quietly while he dresses the wound. A devastated Vedanth feels very guilty for hitting Amulya and lies on Vicky’s shoulder.

At the Manjunath house, just as Parimala is about to call Padma to talk about the incident that took place, the latter calls her up first. They both soon vent out their emotions to each other, specifically regarding Aadya. Elsewhere, Vicky gets worried about the whole Aadya incident and wonders why such a thing happened. He then thinks of calling Aarthi to see how her reaction to all this is. Suddenly, Paramananda shows up and tries to make Vicky confess about who he loves. Vikranth, however, is in no mood to disclose anything, so instead, he tells his uncle that he knows about the plan between him and Suhasini, much to Paramananda’s surprise.

Soon, Suhasini brings Aadya home and announces that a marriage broker is hired to find a suitable match for Vicky will arrive at home shortly. Without a word, she takes Aadya to her room after that. At the Manjunath house, Amulya goes to the pooja room where Parimala is sulking and tries to convince her that no one was at fault regarding what happened to Aadya. Later, Vicky calls up Aarthi feeling guilty about what happened earlier but is surprised that she still doesn’t know anything. Even though Amulya comes to the room just in time, Aarthi is insistent on finding out why Vicky is apologising and probes further. She then stands dumbfounded when Vicky tells her that because Amulya hit Suhasini, Vedanth hit her!

What will Aarthi do now? Will Vedanth apologise for what he did to Amulya? Stay tuned to the next update to find out.

Watch the top shows on Zee Kannada, streaming for free on the ZEE5 platform.

Try Out Your Favourite Recipes Made Simpler On The Hit Cookery Of Zee Kannada, Oggarane Dabbi, Streaming For Free On ZEE5