Gattimela 28 May 2019 Written Update Of Full Episode: Vedanth Sends Amulya To The Site

From holding her arm extremely tight to sending her away to the construction site, find out what all happened on today's episode of Gattimela. 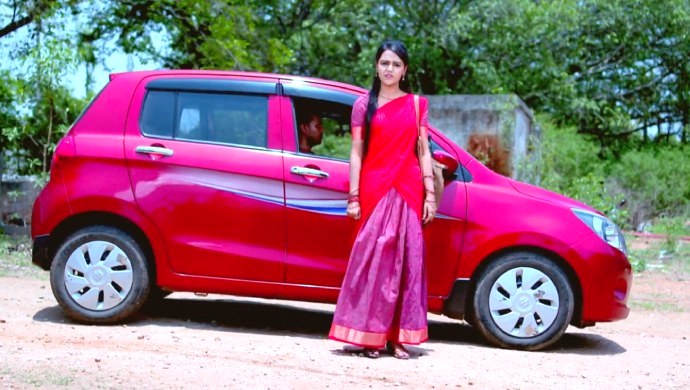 On the previous episode of Gattimela, Gautham enjoys the spoils of the fight between Aarthi and Vicky, by pretending to be in complete support of their love. Elsewhere, as Vedanth and Amulya are arguing on their way over to the office about the laptop running out of battery, the former spots Gautham with another lady sitting very close to him and is shocked. After Aarthi comes back home devastated, she explains everything to Adithi, who makes her realise some facts. Later at the office, Vedanth is shocked to hear that Amulya without his permission gave the presentation to the clients, and got them a deal of 3.5 crores instead of 2 crores, which they had initially

On tonight’s episode, just as Amulya announces that no one is bigger than the company, an irate Vedanth, grabs her arm and also moves dangerously close to her. He then informs her that the company is where it is because of him and accuses her of being disrespectful. When he warns her never to do something like this without his permission again, she desperately tries to let go of her hand by informing him that it is hurting. When Vedanth realises that he has touched her, he gets even more furious and storms out of the room. At night, Amulya goes to Aarthi’s room and sees her extremely sad. At the same time, Vedanth too finds Vikranth extremely sad and probes into the matter. Vicky then vents out his frustration to Vedanth who listens carefully. The latter soon confirms that his doubts about Gautham are bang on.

Despite Vicky’s attempts to defend Gautham, Vedanth promises to unveil his true nature to everyone really soon. After his brother leaves Vicky is ecstatic to see a call from Aarthi and immediately receives the phone. To his surprise, Aarthi apologises. He reciprocates with an apology as well and finally, they set things right. At the office, Kantha enters Vedanth’s cabin and gets scared to see him deep in thoughts and approaches cautiously again. Without making eye contact with his boss, Kantha begins telling him all the tasks he has accomplished since morning. He soon realises that Vedanth is still not aware of his presence in the room. After making him aware, Kantha asks his boss what to do about Bharthi’s leave application, and to his surprise, Vedanth approves it. He then has a difficult time explaining to Kantha to call Amulya into his cabin. When she comes in Vedanth orders her to listen to him about Gautham. Amulya is shocked when Vedanth calls Gautham a fraud moments later.

At the Manjunath house, just as Parimala is preparing something for one of her orders, Sarika arrives there. She soon comes to the topic and asks for a coffee. To this Parimala immediately asks Aarthi to bring the coffee, much to Sarika’s dislike. Then, her Chikkamma brings up the topic of Vikranth and tells Sarika that she doesn’t like him because of what he did. Aarthi is soon surprised to overhear Sarika showing disinterest in the wedding. Back at the office, Amulya defends Gautham causing Vedanth to get irritated. After the debate, Amulya storms off from his cabin but not before Vedanth hands her the next task of going to the construction site and giving him a report of the accounts. When he adds that if she can’t do this, she must submit her resignation letter, she leaves without another word.

Meanwhile, Sarika asks permission from Parimala to take Aarthi with her for clothes shopping claiming that her traditional choice will be apt for her. When Aarthi tries to get away with their little outing, Parimala persuades her to go along with Sarika, much to her relief. At the construction site, Amulya decides to click proof of the work that she is doing by taking selfies of everything she does. Vedanth, on the other hand, is annoyed to see her constant messages and comments on the ‘selfie-trend’. Back at the site, Amulya begins work soon after her selfies are done.

How will her day at the site go? What plans does Sarika have for Aarthi? Stay tuned to find out.

Watch the hit film Natasaarvabhowma, only on the ZEE5 platform.

Watch The Latest Episodes Of The Super Hit Show Paaru, Streaming For Your Entertainment Pleasure On The ZEE5 Platform

Gattimela 29 May 2019 Preview: Amulya Sleeps Through A Short-Circuit At The Company Site