Gattimela 28 June 2019 Preview: Suhasini Gets A Shocking News From Her Younger Brother

In the next episode, Amulya, who accepts a love-challenge from her sisters, is shocked to see that her opponent is none other than Vedanth himself! 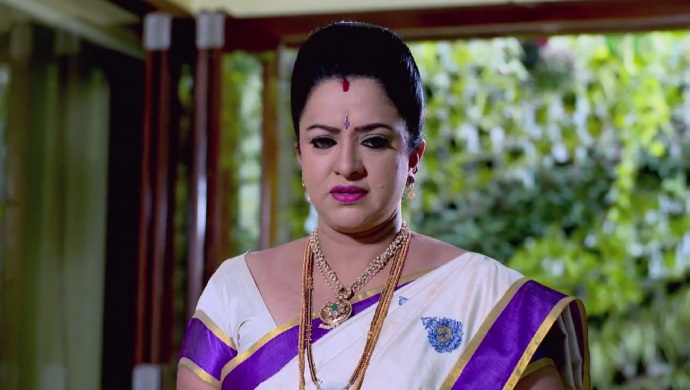 In the previous episode, Aadya and Sarthak plan a surprise for Aarthi at the temple, where the whole family is visiting. Soon, Vicky and Vedanth arrive there one after another. While Aarthi is very delighted to see Vicky, Vedanth and Amulya have a little bit of a slippery mishap which causes the former to fall on the latter. An unknown man, with a powerful persona, enters the temple and shocked to see Vedanth holding the hands of Amulya. Later, they both end up having a bad argument.

In the next episode, it turns out that the unknown man is Suhasini’s brother, who calls her up to tell her that it’s may not only be her younger son who is in love but also the older one as well. Suhasini is shocked to hear that Vedanth too might be in love. Later, Amulya accepts the challenge from her sisters that no matter who they bring, she will make that man fall in love with her. Just then, Vedanth appears out of nowhere causing her to get shocked.

Is Vedanth the guy, whom Amulya will fall in love with? You’ll know in the next update. Stay tuned.

Watch Natasaarvabhowma, if Appu sir is your favourite, only on the ZEE5 platform.

59% recovery rate of COVID-19 patients in UP