On tonight's episode, Vedanth asks Kantha to follow Amulya on a hunch that she might be in danger. Later, Amulya learns the harsh truth about Kishan 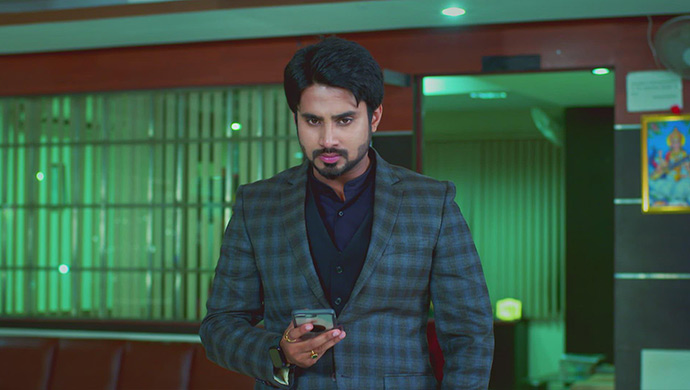 In the previous episode of Gattimela, Amulya is guilty of scolding Vedanth but makes the decision to do whatever is best for Aadya. Elsewhere, Sarika releases controversial photos of Aarthi-Vicky that she herself clicked on the engagement party. The next day, Aarthi shocked to see the scandalous news about her and Vicky and breaks down. Meanwhile, Vedanth spots a scared Amulya trying to run away from them and worries for her.

On tonight’s episode, it doesn’t take Vedanth and Kantha to figure out that the reason Ammu went away secretively (she must be in some serious kind of trouble). Surprisingly, he tells Kantha to follow the car in which Amulya went as he has to go for an urgent meeting.

Meanwhile, Aarthi is stunned to see the scandalous news about her and Vicky and exclaims the news is fake. Sarika uses Aarthi’s fear against her and informs her about how Manjunath and Parimala will react. At the location where Kishan asked her to come to, Amulya finds it strange that no guests are here even though it is supposed to be a wedding house.

To her astonishment, Kishan finds her there and asks her to go prepare for the event after which they can talk about deleting the video. While an uncomfortable Amulya agrees to enter the house, Kantha calls up Vedanth and confesses that he accidentally followed the wrong car. Vedanth is furious at this news and worries about Amulya’s safety.

He then warns Kantha that if he doesn’t locate Ammu really soon, he will have to lose his job. At the house, Amulya, who is sitting in the bedroom gets upset that she forgot to charge her phone and decides to attend the wedding and leave. Soon, she is greeted by a woman who gives her some clothes to wear.

Upon seeing the sleaziness of it, Amulya gets furious and asks the lady what kind of wedding is this. When the woman clarifies that this is not a wedding but a gathering where she has to dance, Amulya is shocked. What is more shocking for Ammu is that politicians have arranged for this party.

Soon, Kishan comes to the room and warns Amulya to get ready quickly failing which the video clip of Aadya will be sent to the media. Elsewhere, Vedanth gets upset with Kantha for failing to locate the car but is perplexed to learn that the vehicle in which Amulya was seen in was a politician’s car.

At the Manjunath house, Sarika somehow slips information to Aarthi and Adithi that the pics were leaked from Vicky’s social media account. Heartbroken when she sees Vicky at her home, Aarthi rushes to him and slaps him across the face. Amulya, on the other hand, gets ready but covers herself with a blanket before wondering how to call for help if Kishan fails to keep his end of the bargain.

Luckily for her, Amulya finds a charger in the room and uses it to send her location to Vedanth. She is then taken down in front of the politicians. Kishan and the others standing there are shocked to see Amulya completely covered up in a blanket.

Did the location get sent to Vedanth? Will he come to her rescue? Find out in tomorrow’s episode.

Get Your Chance To Take Part In DKDFW2 This Weekend. Dimpanna-Anoop Will Tell You How!