The rift between Aarthi and Vikranth is created. On the other hand, Amulya and Vedanth continue to hate each other. Read to know what else happened. 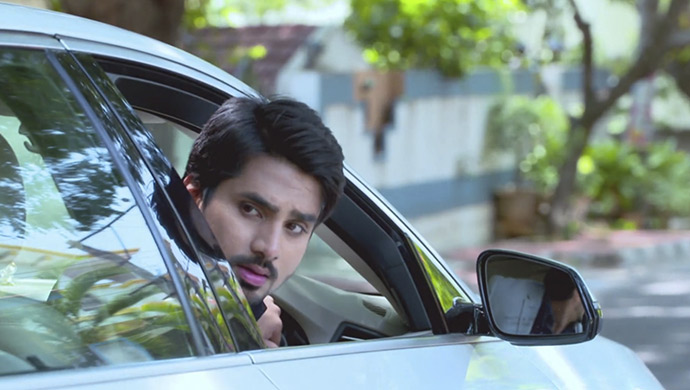 In the previous episode of Gattimela, Amulya lands up in Vedanth’s massive house for the first time and is amazed. However, Suhasini insults her as Amulya causes a small mishap. Meanwhile, Aarthi worries about going to meet Vicky alone just when Gautham walks into her house and pretends to be her saviour by opting to take her to the temple himself. Elsewhere, thanks to Vicky, Amulya has breakfast with Suhasini, Vedanth and him. Later, Vicky is upset that Gautham and Aarthi came together to the temple. When he expresses his feelings, Aarthi gets upset with him for speaking rudely to Gautham, which is exactly what the latter wants.

On tonight’s episode, Gautham removes the sacred thread he tied on Aarthi’s hand and offers it to Vikranth to tie it to her. He continues to pretend to preach about love to Vikranth, who eventually ties the thread on Aarthi’s wrist. When both of them taunt each other and leave the temple, Gautham enjoys the leftovers by claiming that he hit two birds with one stone. On their way to the office, Vedanth gets irritated to see Amulya beating the laptop to get it to work. He tries to stop her but she is her own mood, owing to the overnight presentation she made. Thus, begins their afternoon, with constant bickering. Vedanth finds the opportunity in their argument to crack a joke, but Amulya is too smart for him once again. She reminds him that for the hundred brilliant counters she has given to his accusations, the joke is just one of his counters, so nothing for him to get all excited about.

Just as she says this, Vedanth is caught staring at her for more than just a second. Amulya then reminds him to look at the road as she has no interest to be seen with him in a car mishap report. A few moments later, Vedanth is shocked to see Gautham from a distance, with someone on his bike. As he gets closer, Vedanth sees another woman sitting intimately close to Gautham. Vedanth hears the lady calling Gautham ‘ri’ (generally, a word which Kannadathi women use to address their husbands) and immediately decides to the turn the car around and follow them. However, Amulya, who did not see any of this, questions Vedanth about his intentions to turn the car. Their fight leads to Gautham getting away, much to Vedanth’s frustration. In anger, he asks her to get out of his car and come on her own to the office.

Elsewhere, while a devastated Aarthi tells Adithi everything that happened at the temple, Vikranth, simultaneously speaks his mind out to a photo of his love, at his home. After she vents out her frustration, Adithi tries to explain to Aarthi that from Vikranth’s perspective, getting upset was only natural and proves how much love is in his heart. Adithi then tells Aarthi to think this through once she is calm. At the office, Kantha is worried when he sees Vedanth storming towards his cabin. Upon learning that the clients are already present at the office and would like to prepone the meeting for which Amulya had prepared the presentation, Vedanth asks them to wait for some time while he can prepare himself. However, Vedanth’s mind is distracted by the fact that Gautham was with an unknown lady and tries to decipher who she must be. Kantha, who is back with a message from the clients, knows that he is in for trouble when he sees Vedanth lost in thoughts. Still, with courage, he goes till Vedanth’s table tries to break him out of his thought process.

When he does, Vedanth is furious and asks the clients to leave. Kantha tries to convince him but leaves Vedanth’s cabin in literal tears. On his way to the clients, he finds Amulya, who enquires about what happened. Upon learning the truth, an idea strikes her. At the Vashishta house, Vikranth wonders why Aarthi isn’t receiving the phone, given the fact that although she made a mistake at the temple before, he spoke to her nicely. Sarika, who is watching from a distance, is happy that her plan worked. Back at the office, Sarthak enters Vedanth’s cabin and greets him. The latter immediately apologises to Sarthak stating that he is very sorry about the clients. When Sarthak tells him that Amulya has already given the presentation, Vedanth is shocked. He continues by informing Vedanth that instead of 2 crores which they offered, the client has proposed a 3.5 crores project instead. Just then Amulya and Kantha walk in much to Vedanth’s annoyance. When everyone leaves, Amulya reminds Vedanth that there are still six days to go for his challenge to complete.

What will Vedanth do now? Will he give her an even more tough task? Stay tuned to find out.

Watch The Appu Sir Starrer Natasaarvabhowma To See What A Brilliant Actor He Is, Streaming For Your Entertainment Pleasure On ZEE5

10 Cool Pics Of Nanditha, Kadambari And Parvathi From The Sets Of Jodi Hakki: EXCLUSIVE