Amulya and Vedanth go to the flower market where he tries to talk to her about her confession. 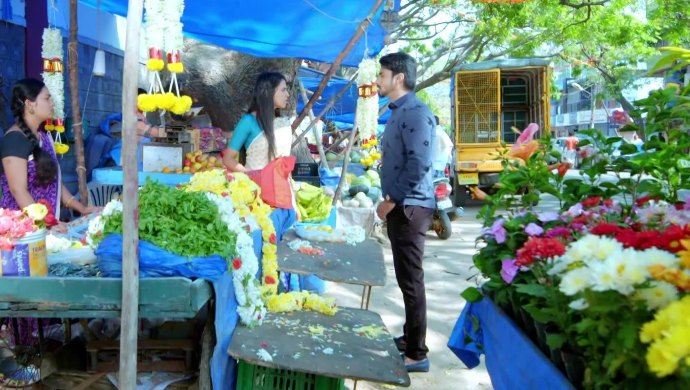 In the previous episode of Gattimela, Pari is worried about Aarthi and begins to cry. She also tells her that she is sending things for Aarthi and asks her to wait for the driver to come to the Vasishta residence to give her all the sarees and vessels that she might need in the near future. On the other hand, Ajji also tells Vedanth that he must get married so that she can die peacefully.

In this episode, Vedanth begins to ask Amulya about her confession to him. However, before she can say anything, Amulya tells him that they have reached the flower market and gets down from the car. Vedanth realises that she is trying to avoid the conversation and gets irritated with her. She also gets nervous about having the conversation with him and the two quietly walk towards the market. While Amulya is praying to her bhajrangi, Vedanth is thinking if he should just leave the situation as it is. He also wonders about how he would bring up the conversation and whether Amulya will feel bad about the same.

At home, Adya and Aarthi are having a conversation about Sarika who has been sent to a relative’s house in another country. They also talk about their desire to see Amulya and Vedanth together. Adya tells her not to worry and that they will unite when the time is right.

Amulya, on the other hand, walks off to buy flowers. She begins to argue with the flower seller who tells her a certain rate. She bargains with the seller and asks her to reduce the amount that she is charging for the flowers. Vedanth, meanwhile, stares at Amulya. Finally, when the flower seller reduces the price, she refers to Amulya as Vedanth’s wife and tells him that no one can win an argument with her. The two share a moment.