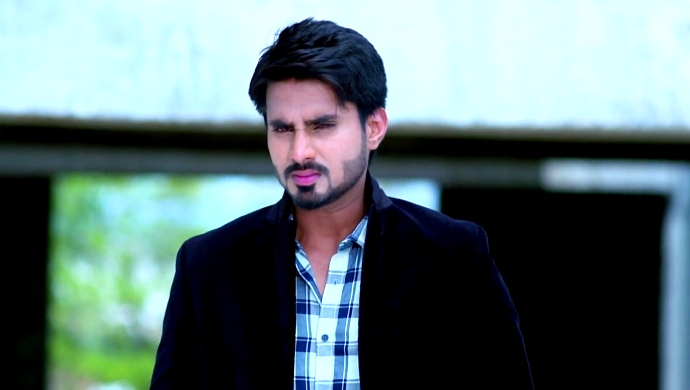 In the previous episode of Gattimela, Amulya gets suspicious about Adithi after finding her talking to someone secretively on the phone. Soon, Adithi prepares to leave to college but is shocked to see Vedanth walking towards their house. When he later calls up Amulya to fix a meeting regarding something important about their families, she understands why he had dropped by. She goes to meet him and is stunned to learn that one of her sisters is in love with Vikranth.

In tonight’s episode, Amulya leaves the abandoned location Vedanth had summoned her to on the condition that she will get to the bottom of the issue. On her way out she warns Vedanth that if her sisters are not at fault, she will ensure there will be hell to pay on his end. At the Manjunath house, Aarthi is in deep thought just as Adithi walks into the room and confesses about why she thinks Vedanth came to their house. Hearing this, Aarthi gets anxious and probes into the matter. It is then decided that Aarthi will call Vicky to inform him that his brother has found out that he loves one of the three Manjunath sisters.

An oblivious Vikranth dismisses her worry and tries to flirt with her instead. Amulya, on the other hand, sits worried about what happened with Vedanth just as Manjunath comes home with some good news. While everyone is excited to see the wedding invites, Parimala gets emotional. She then hands over the card to Aarthi to have a look at it, but the latter remains without expression. After a while, everyone leaves to get the cards blessed while Amulya stays back to decipher who Vicky’s lover could be out of Aarthi and Adithi. She finalises the target on Adithi as that seems the more logical option. At night, however, a nightmare of what Vedanth said, wakes her up with a jolt.

Upset, Amulya wakes Adithi from the middle of deep sleep and takes her out forcefully to speak, much to the latter’s reluctance. She takes Adithi in front of the pooja room and confronts her directly. A shell-shocked Adithi stands speechless as Amulya loses calm for a moment and then blames her sister for causing Vicky to commit suicide. Adithi tries to clarify that she is not the one in love with Vicky, Aarthi is, but Amulya doesn’t listen. Assuming that her sister is trying to cover up for herself, she slaps Adithi hard across the face and without thinking twice. Finally, Adithi tells her the whole story of how she found out about Aarthi’s love story.

Amulya feels remorse with the fact that she hit Adithi and promises to do whatever in her power to ensure Aarthi’s happiness. She also apologises for her mistake and asks Adithi to support her in whatever she is about to do. The next day, an irritated Suhasini forces Vedanth to take his brother to the office on account that he hasn’t left home since the time he came back from the hospital. Vicky rejects any offers to go out causing Suhasini to b upset with her older son for not supporting her. Finally, Vikranth wins.

In the afternoon, a hesitant Amulya meets with Vedanth, much to both their dislikes. Soon, Vedanth is shocked to learn that it is not Adithi but Aarthi is in love with his younger brother. After hurling a round of insults at each other’s siblings, when Amulya walks away from Vedanth, he stops and comes up with a shocking way forward; to stop Aarthi’ wedding! Amulya can’t believe her ears!

Will Amulya partner up with Vedanth to stop Aarthi’s wedding? What will be Vedanth’s plan? To know, stay tuned.

More entertainment is lined up just a click away, only on ZEE5.

The Contestants Of Kannadada Kanmani Are Puttanigalus Who Like To Raise Their Opinion On A Relatable Issue. Click Here To Watch It On ZEE5 Now

Gattimela 29 April 2019 Preview: Vedanth Asks Amulya To Arrange For A Meeting With Gautham