Gattimela 25 October 2019 Preview: Vedanth Asks Amulya If She Trusts Him

In the next episode, Vedanth and Amulya fight over what his next plan of action is going to be. When he asks her whether she trusts him, she says... 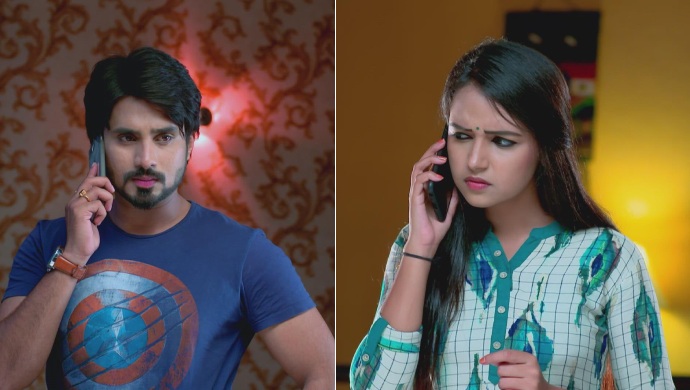 In the previous episode of Gattimela, Amulya, unable to bear the serious situation at hand is relieved when she finds Vedanth and without thinking twice runs into his arms. Somehow, keeps his reluctance to hug her back and assures that he will fix everything. While Parimala doesn’t take Aarthi’s decision lightly, back at home, Vedanth is beyond shocked to know that his mother is behind this whole fiasco and she did it only because Ammu slapped her and he opposed her for the first time ever.

In the next episode, an irritated Amulya asks Vedanth what his plan is and he tells her that if he planned to tell her right now why would he ask her not to feel bad tomorrow. Amulya gets irritated and tell him why he called if he didn’t plan to tell her anything. To this, he asks her if she trusts him. By furious about talking to him, Amulya screams out saying she will never do anything of the sort.

What does Amulya mean? What is Vedanth planning to do? Stay tuned to find out.

Are You A Duniya Vijay Fan? If Your Answer Is Yes Watch The Comedy-Romance Film Johnny Johnny Yes Papa, Streaming Here On ZEE5

Deepavali Habba Special: 7 Exquisite Outfits Worn By Rachita Ram That Are Worth Flaunting