Vedanth and Amulya actually end up staring at each other for more than one second and then brush it away. Also, Vedanth sees something shocking! 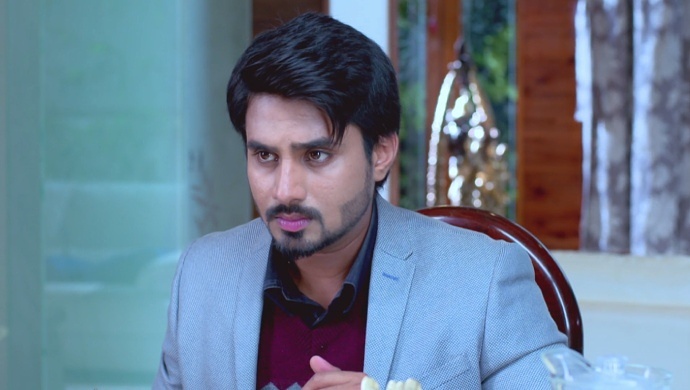 In the previous episode of Gattimela, Amulya lands up in Vedanth’s massive house for the first time and is amazed. However, Suhasini insults her as Amulya causes a small mishap. Meanwhile, Aarthi worries about going to meet Vicky alone just when Gautham walks into her house and pretends to be her saviour by opting to take her to the temple himself. Elsewhere, thanks to Vicky, Amulya has breakfast with Suhasini, Vedanth and him. Later, Vicky is upset that Gautham and Aarthi came together to the temple. When he expresses his feelings, Aarthi gets upset with him for speaking rudely to Gautham, which is exactly what the latter wants.

On Monday’s episode, Gautham confesses that what he did between Aarthi and Vicky was ‘hitting two birds with one stone’. This way he stays good in the eyes of Aarthi as well as disrupts her and Vicky’s relationship too. On their way to work, Amulya complains about how she has given her sweat by slogging the whole night to finish the task he gave her. Vedanth, who finds this amusing then taunts her by asking if she doesn’t have a fan at home. Coldly, Amulya tells him that for all her super-awesome counters, him getting one right isn’t a big thing. For a couple of seconds, they both stare at each other before Amulya asks him to concentrate on the road. Suddenly his gaze falls onto a shocking sight ahead of him. He spots Gautham smiling and talking to a woman sitting behind him on the bike. A woman that is not Aarthi!!

What will Vedanth do now? Will Amulya start doubting Gautham? Stay tuned to Monday’s episode of Gattimela because things just got interesting.

Watch your favourite movies on ZEE5, by clicking here.

Thayige Thakka Maga Is Your Weekend Getaway To A World Of Action, Social Awareness, Romance And Family Drama. Click Here To Watch It On ZEE5 Now