Aarthi and Vikranth finally get married and the former bids farewell to her family. 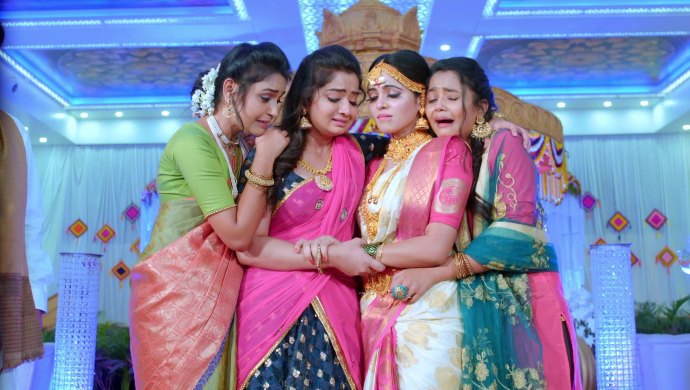 In the previous episode of Gattimela, Vedanth tells Sarika to tell the whole family everything that has happened. Sarika tells them how she went into Aarthi’s room and made her unconscious. A bunch of rowdies then came into the room and then took her to the gym where Druva came and saved her. Aarthi also confronts Sarika and asks her why she did everything that she did. Having been caught before, she should have known better than to try and get married to Vicky again.

In this episode, everyone sends Sarika out of the marriage. hall As she is going out, she thinks to herself that Suhasini has ruined her life and so she will seek revenge at some point in time. She also thinks about how the whole family doesn’t know what she is capable of and so they have treated her in that manner. Sarika, infuriated with them, challenges herself to come back and ruin their lives. The family proceeds towards performing the remaining rituals of the marriage. Sarthak, on the other hand, is upset that her sister has gone to this extent to marry someone who doesn’t even love her back. Suhasini, too, is disappointed to see Aarthi getting married to her son.

Amulya and Vedanth are standing together. Amulya just looks at Vedanth and smiles to herself. He also tells her that she is the main reason why everything succeeded and why the two got married. Amulya replies to him saying that he has also played an equal part in getting the two together. Aarthi and Vikranth complete all the rituals and get married. Aarthi shares an emotional moment with her sisters and her parents. She tells all of them to take care of themselves.

Later that day, Suhasini and Sahithya talk about everything that has happened so far. Suhasini is furious with Sarika for not going according to the plan as a result of which Aarthi has come into the house. She also promises Sahithya that she will get Vedanth married to her.

Contestants of Comedy Khiladigalu Season 1, 2 And 3 Return With The Best Acts!

Here's How You Can Avail Free ZEE5 Subscription On Airtel Thanks