Gattimela 24 July 2019 Preview: Will Vedanth Give CPR To Amulya, Who Is Unconscious?

In the next episode, Vedanth makes many efforts to get inside Amulya's room. Once, he is in, Amulya's lifeless state shocks him to the core! 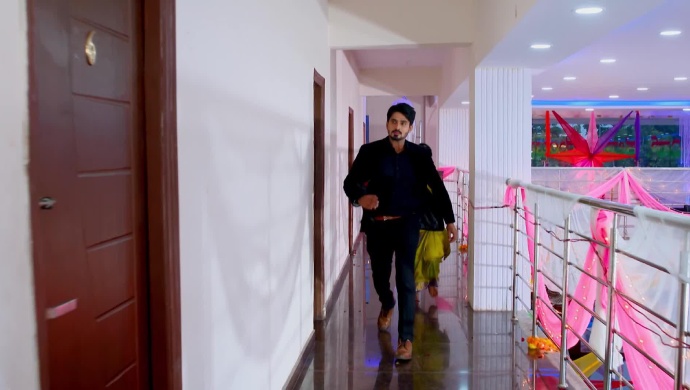 In the previous episode of Gattimela, Aarthi and Vicky worry as the wedding rituals begin. Amulya, who feels bad for bruising Vedanth accidentally forces him to accept medical aid. Somehow, this act turns into an argument and Vedanth slams the door on Amulya’s face. In the process, the door lock gets jammed and Amulya is trapped inside. Later, when Aadya is asked to bring the Dharane Seere for Aarthi, Amulya not only causes a fire in the room accidentally but at the same time faints after seeing blood on her toe (due to multiple kicking attempts at the door).

In the next episode, Vedanth is called to break the door open, but he makes a shocking realisation that Amulya is still inside. After several failed attempts, Vedanth finally kicks the door to Amulya’s room and looks around for her through smoke and soot. He then looks under the bed and finds her unconscious. After pulling her out from under the bed, he desperately tries to wake her up but fails. This causes him to check her pulse, which he finds very weak. He then wonders if she needs immediate CPR. Mustering the courage, he somehow leans in towards her and is about to give the CPR.

Will he be successful? What will happen to Amulya now? Stay tuned to the next update to find out.

For A Spook-Worthy And Entertaining Film, Don't Forget To Watch The Priyanka Upendra And Yuvina Parthavi Starrer Mummy: Save Me, Streaming Now On The ZEE5 Platform