Gattimela 22 October 2019 Preview: Aarthi Calls Off Her Engagement To Vicky

In the next episode, a devastated Aarthi runs out the temple, much to Vicky and Amulya's shock. When asked what happened, Aarthi does the unthinkable! 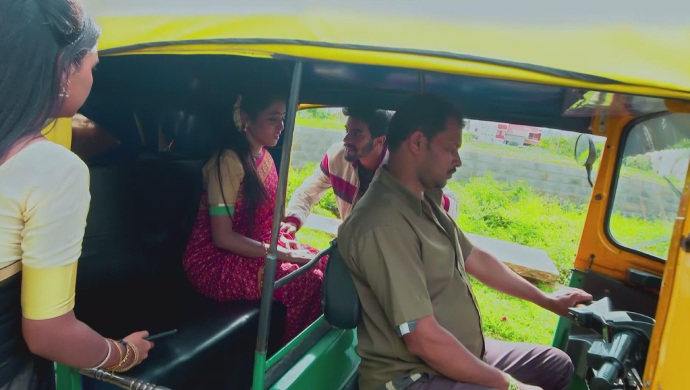 In the previous episode of Gattimela, Amulya realises that she is dreaming about Vedanth, who is asking for a kiss when Adithi calls out to her. The next day, Aarthi and Amulya get a drop to the temple by Vicky while Suhasini clears the air with Vedanth about what happened before. Later, Vedanth accidentally talks to Kantha about the guestlist for ‘his and Amulya’s wedding’ instead of Aarthi and Vicky’s engagement. In the end, Ammu taunts Vedanth for constantly thinking about her and refuses to tell him where an important file is kept.

In the next episode, Aarthi runs out of the temple in tears as Amulya and Vicky try chasing her. Without giving them a reason, a sobbing Aarthi, makes it clear to Vicky that if he loves her he won’t ask any further questions and also that the engagement is off. They tried their best but Aarthi leaves anyway.

Why did Aarthi take such a big decision? Will Amulya find a solution to this? We’ll find out shortly, stay tuned.

Watch the Yogaraj Bhat film Panchatantra, streaming her on your ZEE5.

It Is A Perfect Package: Producer Shruthi Naidu On Her First Film Venture…

Mugulu Nage Vs Maduve Mane: Which Side Of Golden Star Ganesh Did You Like Best? VOTE NOW!