On tonight's episode, Vedanth gets really concerned for Amulya when she shows no interest in anything. He also surprisingly calls her 'Ammu'! 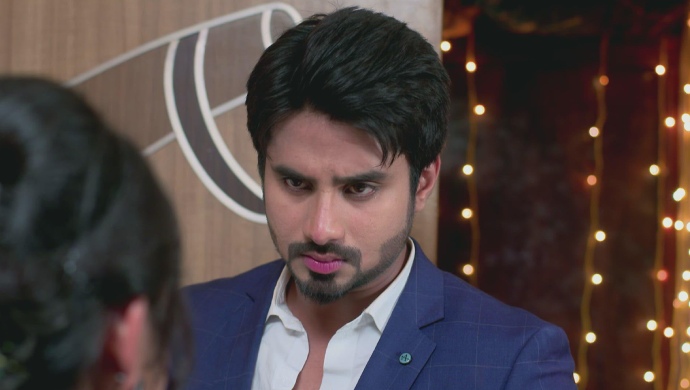 In the previous episode of Gattimela, Vedanth somehow forces Amulya to eat, by stopping at a dosa stall and personally cooks food for her. Elsewhere, Aarthi and Vicky share some romantic moments with each other. Aarthi heart goes out to Vicky when he expresses how much he loves her. Just before returning home, she tells him that she loves him, then she kisses him and runs inside. In the end, when Vedanth takes care of Amulya, she breaks down into tears.

On tonight’s episode, Vedanth finds a spot on Ammu’s face where some chutney is stuck and he helps her clean it. While he is still puzzled that Amulya isn’t showing signs of being any better, at the Manjunath house, Adithi and Aarthi explain to Anjali what a ‘date’ means.

This happens when Adithi tells Aarthi that she suspects Ammu and Vedanth have gone on a date. Elsewhere, Vedanth tries to entertain Ammu to make her feel better by singing a song but soon realises that he doesn’t have to prove anything to her.

So he switches on the music and in no time, Amulya dozed off and unknowingly falls asleep on Vedanth’s shoulders. He is dazed at her face and smiles as he silently drives to her home. Upon reaching home, he realises that even though she is in deep sleep she is still not at peace.

This irritates him to the point that he snaps out of his daze for Ammu and gets angry with himself for caring for her so much. By mistake when he pressed the horn, Amulya wakes up and realises she has reached her home. She apologizes for having slept on his shoulder and thanks him for dropping her home and leaves without another word.

That night, Amulya gets worried about the Kishan situation and initially decides to tell Vedanth but decides against it. Just then much to her shock, Aadya calls her to check up on her. An emotional Ammu somehow speaks to her and Sarthak and keeps the phone saying she is fine.

But Aadya and Sarthak aren’t convinced and decide that something has to be up with Ammu, without which she won’t be in such a manner. When Ammu realises that Aarthi is waking up, Ammu pretends to be asleep but slowly cries her heart out.

The next day, just before Ammu is leaving, she gets a call from Kishan but Manjunath answers the call, causing her to be shocked. However, she grabs the phone from him just in time and gives him the excuse that it is a spam call. Kishan, on the other hand, gets furious to know that Ammu cut his call and decides to teach her a lesson.

At the Vasistha house, Vicky plays a prank on Vedanth and soon probes into why he was late last night. To avoid the topic, Vedanth starts getting serious about Vicky’s life. When the latter suggests to Vedanth that he too should think of settling with Amulya so that they both can find partners from the same house, Agraja shows his real self to his younger brother.

Unknown to them, Suhasini overhears them and gives a satisfied smirk at this conversation. At the Ashwath house, Sarthak and Aadya share a romantic moment when Sarika arrives there. When she rejects Sarthak’s offer to drop her to work, he is irate with his sister for being so casual about an important job.

At work, when Kantha enters Vedanth’s cabin and asks him if he wants Amulya to be summoned, the latter gets conscious and screams at his assistant. Then, in a sudden turn of events, he asks Kantha to call Amulya into the cabin, causing the poor PA to curse his luck.

When she comes into his cabin sometime later with a smug face, Vedanth unknowingly calls her ‘Ammu’ for the first time and asks her if she is okay. Ammu stands stunned at what she just heard.

Will Vedanth realise that he called her ‘Ammu’? How is he going to get to the bottom of her problem? Hang on, we will get a clue from Monday’s episode.