On tonight's episode, while Amulya takes revenge against Vedanth for inspiring Srivatsa to break up with Pavi, Suhasini visits the Manjunath house! 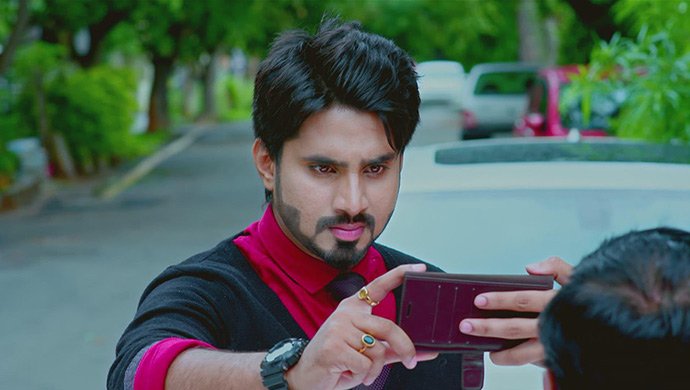 In the previous episode of Gattimela, Amulya accidentally proposes to Vedanth, while figuring out a plan to deal with the current heated situation. The next day, Amulya receives a shocking call from Pavi, who is in tears, when she is at work. Upon learning that Srivatsa ran away one day before his wedding because of Vedanth opinion about marriage, Amulya is furious. On one hand, while she is comforting Pavitra and giving her words of encouragement, Sarika meanwhile takes the first step in ruining Aarthi and Vicky’s already strained relationship.

On tonight’s episode, a worried Vedanth asks Sarthak to find out where Srivatsa is immediately stating that what he did was wrong. A short while later, Sarthak, Kantha and Vedanth are shocked to see Srivatsa back in the office. When he says that what Vedanth is saying about marriage is absolutely right, the latter scolds him for his actions. Further, Vedanth tells him that promising a woman for marriage and backing out last minute is an even bigger crime.

Elsewhere, Aarthi overhears Sarika lovingly calling out to Vicky for lunch and hangs up the call on his face. Amulya, who goes to comfort Pavitra calls her journalist friend Dinesh to meet them at a location claiming that she has a plan to teach Vedanth and Srivatsa a lesson. Manjunath, who returns home early worries Parimala when he reveals that he has been feeling extra-exhausted and tired in the past few months.

As she is comforting him, Suhasini arrives there much to everyone’s astonishment. At the meeting point, Amulya gives Dinesh his first breaking news about Vedanth Vashishta the great businessman and his rubbish ideologies. When Dinesh asks for a video, Amulya tells him that she doesn’t want any unnecessary publicity so if he can just threaten Vedanth it would be good. Dinesh, however, tells Amulya that only evidence in form of a video or photos will help to catch a big fish like Vedanth.

Despite Pavitra’s reluctance, Amulya agrees to do the job. At the Manjunath house, Suhasini disrespects everyone there when she rejects the coffee got by Aarthi. She continues to inform the family that they are invited for a get-together in Ganesh Chaturthi at the Vashishta mansion. When Manjunath tries to bring up the engagement topic, Suhasini tells him that in the party she plans to introduce Aarthi as he daughter-in-law.

Before leaving, she taunts Parimala by demanding them to be their best-dressed selves on Ganesh Chaturthi. Elsewhere, Vedanth and Vicky, who are on their way home, spot a bunch of people blocking their path. Soon, Vedanth is shocked to see some breaking news on the internet about how he destroyed a happy couple. What is more surprising is that she see a woman with her face fully covered and wonders who she could be.

As the two brothers try to explain to an angry mob about the situation at hand, Amulya and Pavitra spot them at a distance and go to take a look. What she sees from the situation in front of her, leaves Amulya stunned.

Will Vedanth find out who posted such a video? What will Amulya do now? Stay tuned to find out in the next update.

If You Are A Rachita Ram Fan, Don't Miss The Comedy-Romance Drama Johnny Johnny Yes Papa, Also Starring Duniya Vijay, Streaming In HD On Your ZEE5

Gattimela 23 August 2019 Preview: Vedanth Places His Doubts On Ammu For The Bad Publicity