Vedanth tries to find out from Vicky the name of the woman he loves. 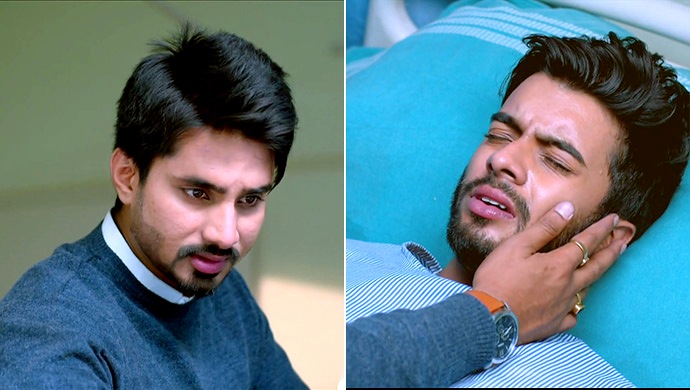 In the previous episode of Gattimela, Adithi helps Aarthi cope with the stressful situation of Vicky being in the hospital, while Parimala’s older sister expresses some concerns about Vicky and Sarika’s prospective proposal to her. Amulya after informing her sisters about Vicky’s status approaches Vedanth to try being compassionate to his situation, but he ruthlessly shuns her. Then, a huge face-off between the Manjunath’s and the Vashishta’s takes place. Just then, it is revealed that Vicky is out of danger, so Parimala get the upper hand on Suhasini by having the last word and they leave. Suhasini and the others are soon allowed to visit Vicky in his room. Elsewhere, Aarthi and Adithi are relieved at the news about Vicky.

In the next episode, Vedanth informs Vicky that in order to make him lively like before, if he has to bring him the girl he loves, he will do that too. He then asks Vicky to reveal the girl’s name. Elsewhere, Amulya reminds Aarthi of the vow she had spoken of when the reputation of their family was in danger. After saying her piece, Amulya places her hand on top of Aarthi’s head and takes an oath. She vows that instead of falling in love like everyone else, she will follow in her Aarthi Akka’s footsteps and get married to the man whom her parents choose for her.

What will happen when Amulya finds out about Aarthi’s love? What will Vicky say to Vedanth? You will know only when you stay tuned.

For continuous entertainment on the ZEE5 platform, just click here.

If You Want To Learn About The Personal Lives Of Your Favourite Sandalwood Celebrities And Real-Life Achievers, Stay Tuned To The Best Chat Show Weekend With Ramesh, Starting Tomorrow

Gattimela 19 April 2019 Written Update Of Full Episode: Vicky Is Out Of Danger

Look What Paaru, Jodi Hakki And Naagini Actors Have To Say About Weekend With Ramesh