On tonight's episode, Amulya learns of something nasty that Kishore has done and walks away from the venue. When Vedanth finds her he gets worried! 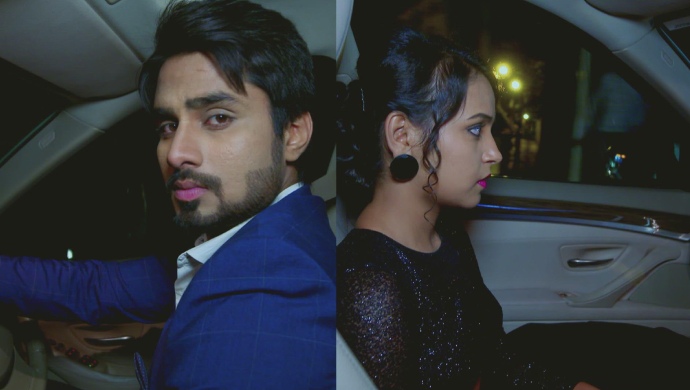 In the previous episode of Gattimela, Amulya is shocked to learn about Ramaswamy and Kishore’s plan for Namrata and immediately goes to tell her. Meanwhile, Vicky drinks the spiked juice that Sarika has made for Aarthi, which makes her worried. When he vents out his feelings about her, she also gives him a kiss on his cheeks, much to his surprise. Later, Namrata angers Ramaswamy and Kishore by ruining their plan and rejects their offer of going as a guest to their event. After everyone leaves, Vedanth worries about where Amulya is.

On tonight’s episode, while Vedanth wonders where Amulya is, Aarthi tells a drunk Vicky to be careful and meet Sarthak and Aadya, who will drop him home. Elsewhere, Vedanth finds Amulya in the bedroom, causing her to accuse him of stalking her.

Irate, Vedanth curses himself for coming to check up on her when she informs him that he has a crush on her. Slowly, he moves towards her and she gets uncomfortable with the close proximity and moves back until she finds a wall. Then, he taunts her by saying she is the one who talks proudly about him when he isn’t around and she is talking about him having crushes.

As he storms out Amulya realises that her hair is stuck in the decorations and screeches for help. Vedanth who rushed back to see what happened screams at her to stop shouting and slowly detangles her hair. Without thinking twice, they both stare into each other’s eyes for a brief moment before Vedanth asks her to leave.

Ammu taunts him for standing in the way and shuts the door after he leaves. Soon, someone comes knocking on the door and Amulya thinks it is Vedanth and opens the door. However, she is shocked to see Kishore and steps out of the room. He invites her to his wedding but when she denies going anywhere with him, he shows her a video of Aadya, changing in the room earlier.

Disgusted and sad by this gesture Amulya tries to question Kishore about what he has done but the man adamantly points out that because she spoiled his plan for Namrata she will have to fill her place. He further adds that if she doesn’t do so, Aadya video will be leaked.

Meanwhile, Vedanth joins Pari and Manjunath who are about to leave and tells them that he will drop Amulya. He then escorts them while Sarthak and Aadya are given the responsibility to drop Vicky home safely. When only Sarthak and Aadya remain with Vedanth, they both notice him looking around for Amulya and exchange looks with each other.

They then tell him to have patience and indicate that Amulya will come soon causing Vedanth to feel embarrassed. Elsewhere, Amulya walks back home alone in the night thinking about why Kishore would want to do something like this to her beloved sister-in-law.

She is helplessly trying to think of a way out of this mess when Vedanth finds her on the road and stops the car. He rushed after her and gets irritated when she tells him that she decided to walk home. Vedanth asks her to get into the car and she obeys without saying a word.

At the Manjunath house, Aarthi is shocked to see Vicky and screams out loud. They then spend some romantic moments together just outside the house. In the car too, Vedanth is puzzled to see Amulya so quiet and wonders what must be wrong with her.

For the first time in his life, Vedanth cracks a joke but still doesn’t get any response from her. He then assumes she must be hungry and decides to get her some food first.

Will Amulya tell Vedanth what has happened? What is her plan of action going to be? You’ll find out in tomorrow’s episode, stay tuned.

Check Out The Trailer Of The Upcoming Zee Kannada Show GENES, Streaming Here On ZEE5

Gattimela Weekly Recap Of 4-15 Nov 2019: Vedanth-Amulya Try Their Best To Hate Each Other