On Suhasini's insistence, Vedanth ties the thaali around the bride. Vedanth reaches just in time to stop the same from happening. 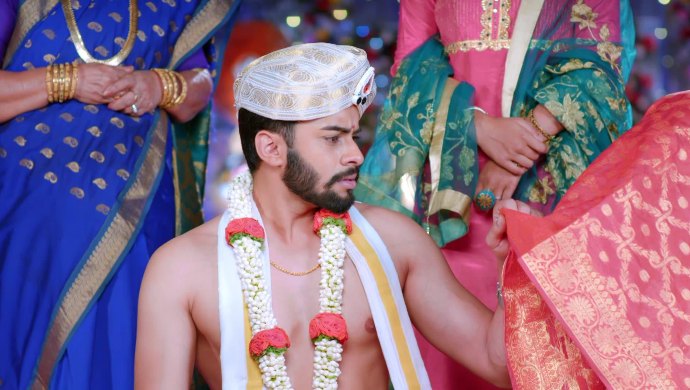 In the previous episode of Gattimela, Druva finds Aarthi. He sees that the goons have beaten her up. Druva picks up a fight with them and takes Aarthi out of the gym. With Suhasini’s insistence, the rituals for the two to get married takes place. Ajji relentlessly makes more and more excuses so that the marriage is delayed.

In this episode, Anju and Adithi bring in the bride. While Vikranth believes that it is Aarthi who will be sitting next to him, Anu and Adithi believe the bride to be Sarika. The marriage rituals begin. Anju is crying while everyone else is tense about the situation. The ceremony of tying the nuptial chain around Aarthi’s neck has begun while Amulya is still waiting for Aarthi to come at the entrance. Vikranth asks for Vedanth’s whereabouts and says that he will not tie the nuptial chain until Vedanth comes to the mandapa.

Suhasini insists that he go ahead anyway. However, he says that he cannot imagine doing the same without Vedanth as a witness. Just then, Amulya comes running towards them so that she can stop then marriage but it is too late. However, Anju comes to the rescue and tells everyone that it is Sarika who is sitting next to him and not Aarthi. Vedanth enters the hall at that moment and comes along with Aathi. It is finally proven that Sarika is the one sitting next to Vikranth. Vedanth tells her that it is only because she’s a girl that he is letting her go.

5 Action Thrillers You Must Watch To Keep Yourself Entertained This Week!

7 Most Entertaining Movies That You Must Watch This Ugadi