In the next episode, Vicky tries his best to make Manjunath understand that he has to think about Vedanth first, but all his efforts seem to be futile 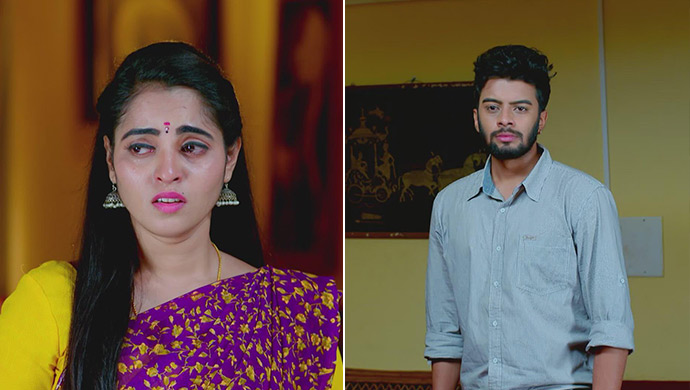 In the previous episode, while Vedanth ends up giving a ride to Amulya, Vikranth goes to the Manjunath house as planned. However, Manjunath gives Vicky an ultimatum that if he doesn’t get engaged to Aarthi by the end of the month, he can forget her for good. Elsewhere, Vedanth is impressed when Amulya helps an old lady cross a busy road but ends up fighting with her in the end. Later, Sarika goes to Suhasini and tells her about gaining entry into Vedanth’s company as an HR.

In the next episode, Vicky tries to explain to Manjunath that if Vedanth doesn’t get married, he will be alone for the rest of his life and as his younger brother, it’s his duty to think about such things. While Manjunath agreed with Vicky, he humbly tells him to think about it for a second himself. He explains that Vedanth is not someone who will get married just like that given the fact that he can’t stand women. In the end, much to Vicky’s disappointment, Manjunath stands strong on his words and tells the former that if he returns to this house it should be only regarding the engagement.

What will Vicky do now? Will Amulya and Vedanth find a solution to this? Stay tuned to the next update to find out.

Watch the latest Kannada films, streaming here on your ZEE5.

Are You A Golden Star Fan? Then His Hit Film Mugulu Nage, Should Be On Your Weekend Binge-Watch List. To Stream The Film On ZEE5, Click Here