On tonight's episode, Vicky becomes depressed when Manjunath gives him and ultimatum while Vedanth expresses his disgust about weddings in general! 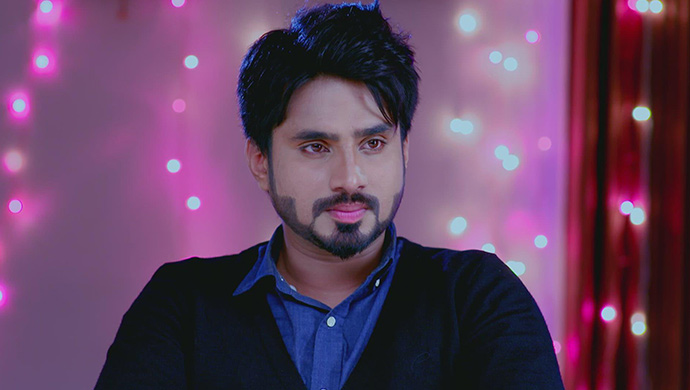 In the previous episode, thanks to Pavitra, Vedanth ends up giving a ride to Amulya while Vikranth goes to the Manjunath house as planned. To his disappointment, Manjunath gives Vicky an ultimatum that if he doesn’t get engaged to Aarthi by the end of the month, their marriage can never take place. Elsewhere, Vedanth smiles unknowingly when Amulya helps an old lady cross a busy road. However, he ends up fighting with her soon afterwards. In the end, Sarika goes to Suhasini and tells her about joining Vedanth’s company as an HR.

On tonight’s episode, Vicky continues to make efforts to tell Manjunath that he can’t leave Vedanth to be alone for the rest of his life, but in vain. After confirming that his decision is final, Manjunath tells Vikranth that if he returns to this house it should be with the news of the engagement or he shouldn’t come back at all. As he is leaving, Vedanth and Amulya find Vicky in a desolate state. While Amulya goes into the house to find out what’s going on, Vedanth gets back into the car and asks Vicky what is happening.

Since he doesn’t reply, Vedanth continues to try and persuade him to speak but fails in each attempt. Vicky in his mind gets frustrated about the hopeless situation he is in and technically blames Vedanth for not getting married. Meanwhile, Amulya and Adithi are shocked when Aarthi backs her father’s decision and informs her sisters that whatever Manjunath decides will be final. In the evening, Vedanth is surprised to get a call from Srivatsa, asking him to come for the latter’s bachelor party. As he is rejecting the offer, Suhasini calls out to Vedanth.

Upon learning that Vicky hasn’t returned since he left the house, Vedanth gets worried. He soon finds out from Sarthak that Vicky is at the bachelor party. On one hand, while Amulya and Adithi are wondering what to do about this rotten situation, Vedanth goes to bring Vicky back home. At the Manjunath house, Amulya promises Pavitra to go wedding-shopping with her despite have such a stingy boss. At the party, Vedanth gives everyone a good hearing about how people get ruined after marriage but helplessly confesses that his younger brother wants to take that path so he can’t do much about it. Saying this, he takes Vikranth home.

What is Amulya planning to do now? Will Vicky get his forever after with Aarthi? You’ll know only if you stay tuned.

Do War-Dramas Appeal To You? Don't Miss Watching The Aishwarya Arjun And Chandan Kumar Starrer Prema Baraha, Streaming On Your ZEE5