On tonight's episode, Vedanth many efforts to get Amulya to reject the proposal fail so he takes matters into his own hands and does the unthinkable! 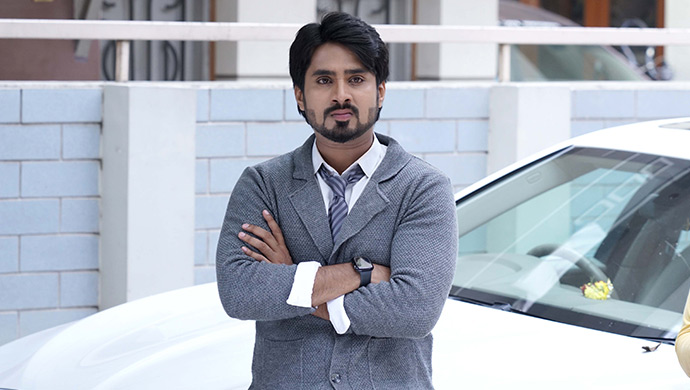 In the previous episode of Gattimela, Amulya and Vedanth quarrel over him ordering her not to marry. At the Manjunath house, Aarthi, Adithi and Anjali worry immensely about Ammu’s hasty decision of saying yes to the groom even without seeing his face. To add to it, they worry about her four conditions before getting married too. Upon confrontation, Ammu assures them she has got it all covered. Later, Vedanth gets upset with Amulya for not heeding his advice or not getting married. In the end, he calls her at night to convince her otherwise.

On tonight’s episode, Vedanth gets irritated with Amulya for not heeding his advice and decides to call her. As she is helping out Aarthi to make some snacks, Amulya’s phone rings and she answers. Vedanth, who is silent for a few seconds is then yelled at by Amulya for not saying anything and wasting her time. This causes a small quarrel between both of them.

Meanwhile, Suhasini scares Vicky, who is busy playing a game as he assumes in the first instant that it is agraja. However, her main is to find out about Vedanth’s feelings and if he likes someone. To this, Vicky coldly tells her that no woman on this planet is apt enough for his brother and leaves, much to Suhasini’s delight.

Back at her home, Amulya continues to probe into the reason why Vedanth wants to talk to her so late at night and learns that he wants her to come down early to work tomorrow for an important meeting. A few seconds later, Vedanth is embarrassed when Amulya tells him that as she is the Admin head, she doesn’t recall any meetings booked.

She then asks him his real intention but Vedanth continues to scold her and orders her to make it early tomorrow by any cost. The next day, Amulya is dressed like a pretty prospective bride by her sisters. As Ammu tries to learn where Adithi is, Aarthi gets to the point after dressing her little sister up. She asks Ammu to promise her that if she doesn’t like this proposal after meeting Siddharth she will reject the marriage.

At the office, Vedanth asks Kantha to summon Amulya to the office at once. Meanwhile, the preparations for the meeting at the Manjunath house goes on in full swing as Ammu and her father share some emotional and happy moments with each other about how she has been no less than a son to him and the house. By this time, Kantha returns to Vedanth’s cabin but not with Amulya, but Sarthak.

As soon as he learns that a prospective groom is coming to see Amulya, a furious Vedanth tells Kantha to immediately cancel all his meetings for the day. When they try to calm Vedanth down, he excuses himself and leaves the office on account of some important work. Padma, Sarika and Aadya, who reach the Manjunath house soon express excitement for this new phase for Ammu while Anjali waits outside the house for Adithi’s return.

Suddenly, she sees a familiar car and is even more stunned to see Vedanth getting out of it. Without wasting a sec, Anju rushing back into the house to tell Ammu, but isn’t able to as everyone is surrounding her. Vedanth, on the other hand, snaps out of his daze and scolds himself for following Amulya out of all the people. But then he sits back on the bonnet and sadly wonders how she could agree to this wedding despite all his efforts.

Just then, a car pulls up at the gate of the Manjunath house, right in front of him. The man in the car asks Vedanth directions to the Manjunath house. Upon cross-questioning Vedanth finds out that the man is the groom himself. While initially, he points in the correct direction, Vedanth immediately shifts his hand to another direction and tells the man that he has come to the wrong area. In the end, Vedanth adamantly sits outside Amulya’s house and scolds the groom-to-be.

Watch Natasaarvabhowma for your entertainment on the ZEE5 platform.

Birthday Spl: 5 Special Movies Of The Dimple Queen Of Sandalwood Rachita Ram On Her 27th!