Gattimela 2 May 2019 Preview: Vikranth Slaps Sarika Because She Insults Aarthi

A piece of disappointing news comes from Gautham for Vedanth and Amulya, who are eager to make their siblings happy again! 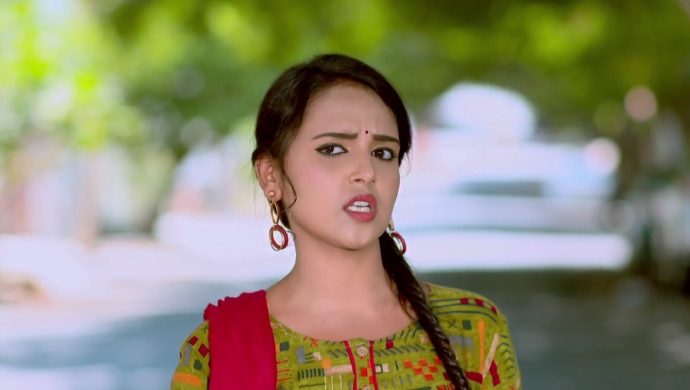 In the previous episode, Aarthi, with a heavy heart, pleads to Vicky to forget about her, but Amulya who witnesses this promises to do something to fix this situation for her sister. Soon, she calls Vedanth to the same spot they meet to discuss something important. Kantha, who is with Vedanth at the time, is asked to come on his own to work, much to his disappointment. While he somehow hitches a ride from Sarthak to go to work, he is shocked to see Amulya and Vedanth in his car together. In the end, Sarthak confronts the two of them.

In the next episode of Gattimela, When Sarika warns Vikranth to keep the old hag aka Aarthi out of their lives, he gets irate. In a fit of rage, Vicky doesn’t think twice before giving her a tight hard slap across the face. Elsewhere, Vedanth taunts Amulya that the next time someone asks about them, she won’t hesitate to even say that he came to propose to her for marriage. Later, at the abandoned site, Vedanth asks Gautham to come to the point about what is on his mind.

To this Gautham informs them that after contemplating about this situation he has come to one decision, and it will be final. In a soliloquy, Vedanth informs Gautham that only the decision is his but whether it is final will be decided by the former. In the end, Gautham disappoints both of them by saying that he won’t achieve anything by making this sacrifice.

How will Vedanth and Amulya convince him to break off the marriage? You will know if you stay tuned.

The latest Kannada film on ZEE5 is Chemistry Of Kariappa, and it’s a promise you will love it. Watch it right away!

Watch The Raghavendra Rajkumar Special To Know More About Dr Rajkumar's Lovely Son, Only On Weekend With Ramesh Season 4. Click Here To Watch It On ZEE5 At Anytime

Gattimela 1 May 2019 Written Update Of Full Episode: Vedanth And Amulya Spotted Together