In the next episode, the wedding rituals begin and soon it's time for the Kaashi Yaatre. However, if there is no groom, how will the ritual take place 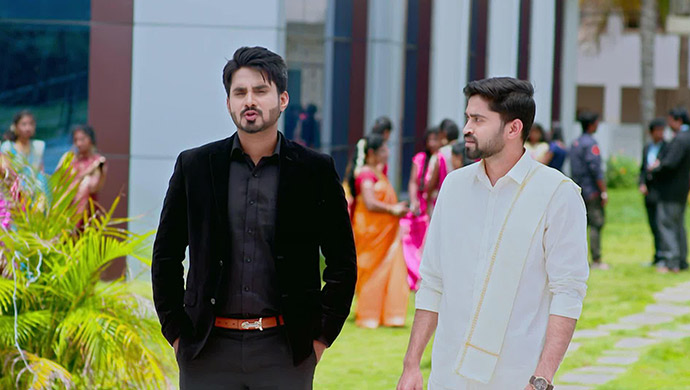 In the previous episode of Gattimela, Vicky taunts Amulya and Vedanth about something going on between them, but they both get disgusted by his words. Soon, the electricity runs out as Kantha is carrying out Vedanth’s orders of kidnapping Gautham. During this time, Amulya who is scared of the dark unknowingly hugs Vedanth tightly, much to his chagrin. Later, Vedanth’s plan is successful and when Amulya goes to Gautham’s room, he is nowhere to be found.

On the next episode, Parimala tells Adithi that everything is ready, so to go and call Aarthi. A few minutes later Parimala gets emotional to see her eldest daughter walking in a bride’s outfit. Later, the priest asks to call the groom for the Kaashi-Yaatre so Gautham’s mother excuses herself to go and call him. Vedanth tells Sarthak that she will come back running in a few minutes and exactly that’s what happens. Gautham’s mother returns all panicky and informs her husband that he isn’t in his room.

Where is Gautham? Has Vedanth actually managed to kidnap him? Stay tuned to find out.

If you like to watch web-series, check out the crime-thriller ZEE5 Original Series Auto Shankar, now available in Kannada.

Watch The Recent Episodes Of The Prominent Show Paaru, In Case You have May Have Missed Them, Streaming For Free On The ZEE5 Platform

If You Like Slow Music, Listen To Raaga Soundtrack By Arjun Janya