In this episode, as Vedanth and Sarthak believe that Gautham won't arrive for the Kaashi Yaathre, they are shocked to see him. Vicky goes missing too! 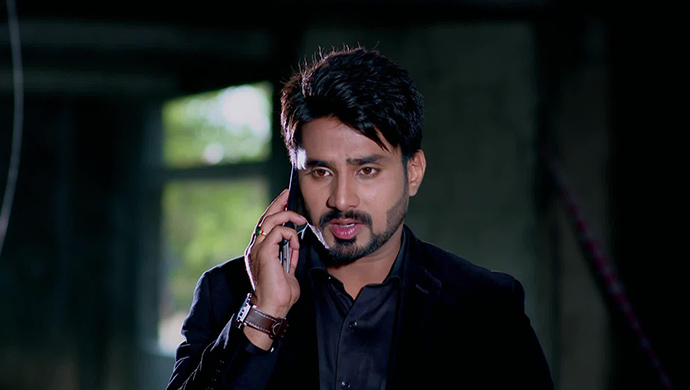 In the previous episode of Gattimela, Vicky questions Amulya and Vedanth in a teasing manner about something going on between them causing them to be disgusted. Soon, there is a power-cut in the whole area just as Kantha is carrying out Vedanth’s orders of kidnapping Gautham. Much to Vedanth’s annoyance, as soon as the lights go out, Amulya gets scared and unknowingly hugs Vedanth tightly. In the end, he is happy that his plan is successful because when Amulya goes to Gautham’s room, he is nowhere to be found.

On tonight’s episode, the pooja before the Kaashi Yaathre begins and Aarthi is summoned to the main altar. Looking at her daughter dressed like a goddess, Parimala becomes emotional. Soon after Aarthi sits down, Sarika arrives there too. While doing the rituals, Aarthi’s hand starts trembling and she prays to God to give her parents the strength to accept whatever it is that will happen today. Parimala and Aarthi soon become emotional together and embrace each other out of love. Sarika records this moment in order to watch it at a later date, much to Adithi and Amulya’s annoyance. After the Gowri pooja is over, the priest summons the groom. So Gautham’s mother goes to the room to call him while Vedanth makes a prediction to Sarthak that she will come back all frantic.

As it turns out, Gautham is nowhere to be found causing Padma to get agitated. When Sarthak questions Vedanth about when to enter the scene and play his part, the latter asks him to wait a little longer. Upon discussion, they both realise that Vicky’s phone is also coming not reachable. At that time, Padma loses her patience and starts criticising Gautham, causing his parents to retaliate. Just as Vedanth is about to send Sarthak into the scene, they stand dumbfounded to see Gautham getting into the wedding compound. He gives some excuse to everyone and goes to his room to get changed up. Vedanth and Sarthak follow suit and find out that Gautham was never really kidnapped in the first place. Meanwhile, Amulya wonders what is happening since first Gautham was missing now Vicky isn’t receiving his phone.

At the kidnap location, when Vedanth and Sarthak ask the goon to uncover whoever they had kidnapped, he finds Paramananda stuck in the gunny sack. Much to his annoyance, Vedanth then learns that Paramananda followed him and Vicky when he didn’t believe that they are actually going to Bangalore. Kantha and the goon are then ordered by Vedanth to keep Paramananda in the same place as he might go and tell Suhasini now that he knows which girl Vicky loves. Soon, a worried Amulya calls Vedanth and informs him about Vicky’s disappearance. Sarthak immediately calls up the hotel to check about Vicky’s whereabouts and is shocked to learn that he left the premises at 2:00 am in the morning.

Where is Vicky? Does Gautham have something to do with this? Stay tuned to find out.

Watch Natasaarvabhowma, in HD, on the ZEE5 platform.

Chemistry Of Kariyappa Is An Ideal Movie For You To Watch If You Like Stories With Deglam Characters. Click Here To Watch The Film On ZEE5 Now

Gattimela's Antagonist Sarika Is A Cute Girl In Real Life. These 7 TikTok Videos Are Proof