In tonight's episode, Amulya and Vedanth have a horrible ride back from the cafe. Elsewhere, Manjunath's condition to Vicky leaves him shocked! 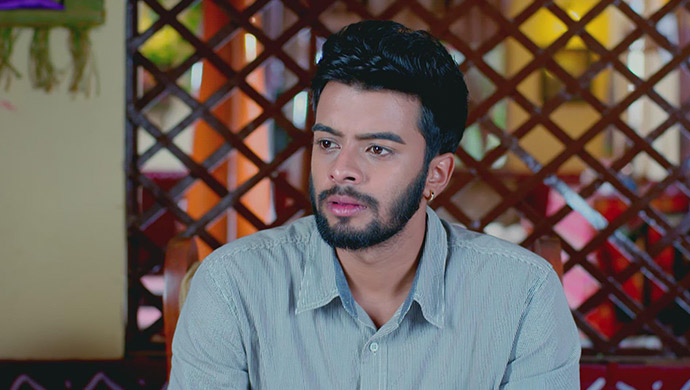 In the previous episode of Gattimela, Vicky and Vedanth share an emotional moment at the office. Much to Amulya’s surprise, after Sarthak leaves, her two sisters soon tie a Rakhee to her and thank her for being like the son of the house. Elsewhere, Sarthak reluctantly goes to Vedanth to request him to hire Sarika as their HR. Amulya soon gets caught by Vedanth at the cade where she was meeting with her friend. While Vicky is annoyed that Sarika will be working in the company, Vedanth, on the other hand, is requested by Pavitra to come along with Amulya for her wedding.

On tonight’s episode, Parimala is surprised when Manjunath comes back home early and wonders why he has called Vikranth to their house. Manjunath somehow convinced her and tells her not to worry as he won’t make any hasty decisions. He adds that his decision will always be in favour of Aarthi’s interests. Elsewhere, as they are leaving the cafe, Pavitra suggests Vedanth take Amulya along with her. Even though he makes an excuse, he gets caught in the lie so Pavitra asks him to drop Amulya home.

Vedanth then throws a taunt at Amulya’s ‘Rani’ causing her to get angry. Back at home, as soon as Vicky arrives he hugs Parimala and asks about her health, much to her surprise. However, Manjunath directly asks him to sit down with any such greetings. When Vicky tries to make small talk, Manjunath gets directly to the point. Everyone is shocked when Manjunath tells Vicky that in the interest of Aarthi’s happiness, he has to get engaged to her by the end of the month failing which he can forget about the marriage.

On their way, both Amulya and Vedanth curse each other in their minds to great lengths. Suddenly Amulya asks Vedanth to stop the car right away. While at first, he doesn’t understand what’s going on, he is later subconsciously pleased to see Amulya help an old lady cross the road. After she returns back to the car, they both start arguing again causing Amulya’s phone to fall down. Unfortunately for them, they hit each other in the head while going to pick up the phone.

When Amulya asks him to bump her head once again as it a single dash is bad luck, an irate Vedanth sits back in the car in a huff. Vicky tries to convince Manjunath that he will never leave Aarthi no matter what, but the former keeps his condition as the last word, causing Vicky to get worried. Back on the road, Vedanth is unable to start the car causing Amulya to blame it all on the single-head-dash. When Vedanth refuses to hit her on the head to start the car, she does it for him.

What’s more, much to Vedanth’s astonishment the car starts after Amulya dashes his head the second time. At the Vashishta house, Sarika apologises to Suhasini, who asks her to concentrate on the plan ahead instead of saying sorry. In the end, Suhasini is pleased with Sarika to learn that she has gained entry into Vedanth’s company to keep an eye on the Vashishta brothers.

What is on Sarika and Suhasini’s mind? Will Vicky accept Manjunath’s condition? Stay tuned to find out.

Watch the ZEE5 Original Series Kaafir, now in Kannada, only on the ZEE5 platform.