Amulya, who feels bad for Vedanth and his family, expresses sympathy for him but in vain. He reacts out of spite and rudely shuts her up. 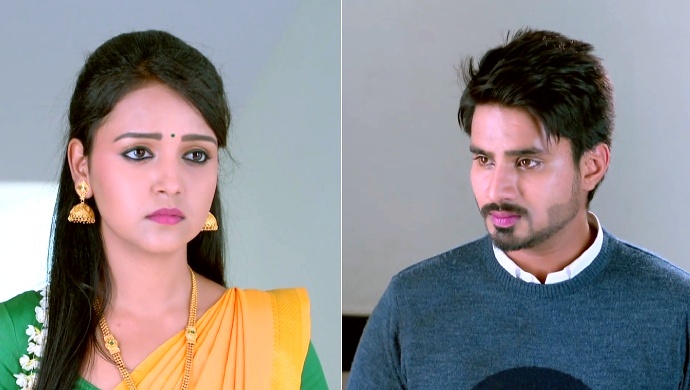 In the previous episode of Gattimela, Aarthi’s engagement rituals begin even though she seems absolutely disinterested. Although Amulya and Sarthak arrive late, the exchanging of auspicious items take place, followed by the clothes for the bride and groom-to-be from their to-be in-laws, respectively. Vedanth, who locates Vicky with much difficulty rushes him to a hospital. When Aadya finds out about her brother, Aarthi goes into a state of shock and later admits her feelings for Vicky to Adithi. At the hospital, the doctor comes out of the ICU only to give the Vasishta family some terrible news.

In tonight’s episode, Amulya sympathetically talks to Vedanth, who is on a call, about rushing out of the office because of Vicky. She also tells him that she didn’t expect the matter to be this serious. Amulya tries to go on speaking when an upset Vedanth brutally cuts her sentence mid-way, asking her to stop it.

Disgustedly, he asks her directly about what her motive is behind all the drama, now that she has seen his family being so vulnerable. He adds that Vicky never listened to him about staying away from girls. Finally, Vedanth points a finger at Amulya and claims that it is because of women like her that Vicky in such a situation.

Will Amulya talk back at Vedanth? We are sincerely praying for Vicky to be fine, are you? Stay tuned for the full written update of tonight’s episode.

In this episode of Paaru, Aditya tied a real Taali to Paaru and they are now married for real. Don’t miss the episode streaming for free on ZEE5!

All Kamali And Paaru Fans Can Watch The Kamali-Paaru Jaatre If You Missed It, Streaming Only On ZEE5