On tonight's episode, Kantha and the goon go to Gautham's room when there is a power-cut and do the job. Also, a scared Amulya unknowingly hugs Shunti 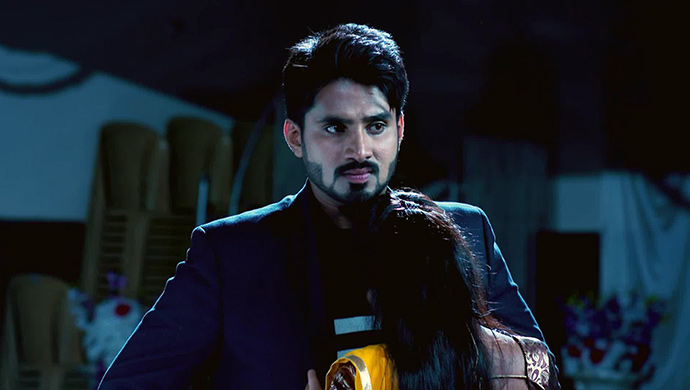 In the previous episode of Gattimela, Vedanth helps to clear all the dues that the Manjunaths owe for Aarthi’s wedding, much to their surprise and as an anonymous help. He also returns the thaali-sara of Parimala, the original one and ensures that an unknown boy delivers it to her to keep the anonymity. Adithi, however, figures who helped her parents, Vedanth requests her to keep it under the wraps. Later, Gautham makes fun of Vedanth about the fact that only 12 hours remain for his wedding to Aarthi. He then informs him that no matter what he will get the last victory.

On tonight’s episode, Vicky makes fun of Amulya and Vedanth and questions them if something is going on. To this, while Amulya expresses disgust, Vedanth informs her that he too interested to marry her or anything. Using this as an opportunity, Amulya pulls his leg by informing Vicky and Adithi that he has a slight crush on her. After asking her to shut up, he tells Vicky to take the car and go some since he has some work with Sarthak. This piques Amulya and Vicky’s interest. Meanwhile, Paramananda who came disguised to the wedding venue earlier also has the same plan as Vedanth and Kantha to kidnap Gautham, gets beaten up by a man for dressing like a creepy person. Vedanth, who asks Kantha and the goon to kidnap Gautham is caught red-handed later by Amulya and Adithi. Although they don’t know what he is up to, they try to figure it out by asking questions.

Just as Kantha is about to send the goon into Gautham’s room, the electricity goes out in the location. Amulya, who scared of the darkness catches hold of Vedanth tightly, much to Adithi and Sarthak’s astonishment. Despite him trying to get rid of her, she clings back to him for protection like a magnet. By this time, Kantha and the goon bring out a man in the gunny bag. Vedanth and Sarthak then distract the girls till the Kantha makes an exit. The electricity returns and Vedanth shoos Amulya from hugging him at chest level out of disgust. That’s when Amulya asks them once more about what they are doing there so late at night. Vedanth and Sarthak are soon shocked to know that Amulya plans on meeting Gautham before going to bed.

No matter their attempts when Amulya and Adithi finally reach Gautham’s bedroom they are puzzled to find him missing. Somehow, Vedanth and Sarthak convince Amulya that nothing is wrong. The men then head to the location where Kantha is and Vedanth starts screaming at the gunny bag. He then tells him to wait and watch how gets Aarthi and Vikranth married tomorrow. The next day, the as the Manjunath sisters are having a gala time in their room, Sarika comes there to click one last happy picture of Aarthi. Elsewhere, at the wedding mantapa, Manjunath asks the priest if anything is left for the preparations of the Gowri Pooja. The priest, however, asks Manjunath if the necessary requirements are done for the Kaashi Yaatre too.

He then tells Manjunath that if both the poojas are done together, the auspicious time of the wedding won’t be disturbed. While Manjunath agrees to the priest, Vedanth begins to narrate the whole plan of how to deal with the situation when people find Gautham missing.

Will the plan work? Is Gautham kidnapped? Stay tuned to tomorrow’s episode to find out

Watch Manoranjan Ravichandran, Son Of The Crazy Star Of Sandalwood, In His Debut Kannada Film, Saheba, Streaming Now On The ZEE5 Platform

Gattimela To Kamali: Here Are The 5 Most Anticipated Weddings On Zee Kannada Shows