Gattimela 17 March 2020 Preview: Adya Sees Sarika In Place Of Aarthi At The Wedding

Adya sees a girl sitting next to Vikranth and gets suspicious about whether she is Aarthi or someone else. 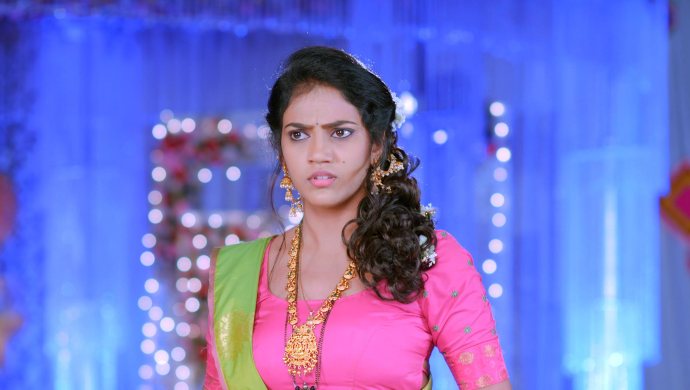 In the previous episode of Gattimela, Vedanth stops Amulya to give him an answer for the way she has been behaving to which she finally confesses her love for him. Vedanth tells her that there is no need to cry and hugs her saying that all his confusion has disappeared. Elsewhere, there is a certain tension building between Adithi and Druva.

In the next episode, Adya is arranging the vermillion water for the rituals to be performed. She notices something unusual about the girl sitting next to Vikranth who is supposed to be Aarthi and doubts if it is really her. As her face is covered with a veil, she cannot identify the girl. When she puts the red vermillion water next to her feet, she sees the reflection of Sarika’s face in it and is taken aback.