In the next episode of Gattimela, Amulya doesn't let Vedanth pass through her way in the hall while Gautham later tells him that only 12 hours remain! 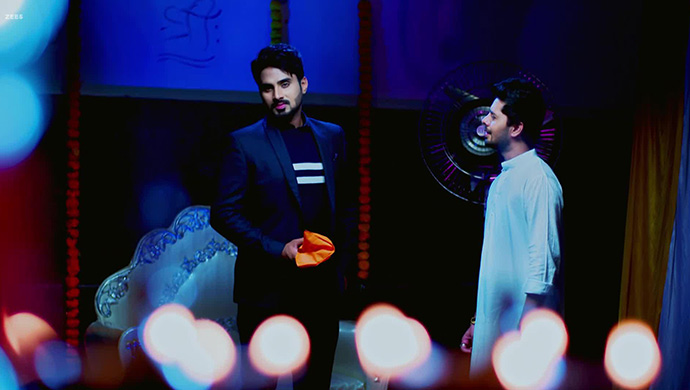 On the previous episode of Gattimela, Vedanth gives Vicky an idea to seek blessings alongside Aarthi from the priest, much to Gautham’s irritation. After the rituals are done, Aarthi cries inconsolably about the fact that Vicky has to go through so much because of her. Her sisters and Aadya console her shortly after. Manjunath, who spots the Vashishta brothers assumes they are thieves and creates a big ruckus. Vedanth and Vicky have no choice but to finally reveal themselves. When Vedanth apologises to Parimala and Manjunath about his mother’s behaviour earlier, they readily forgive and officially invite the two of them to the wedding.

In the next episode, Amulya doesn’t let Vedanth pass through in the hall without paying the toll fee. When he tries to pass their heads end up bumping into each other. Later, Gautham reminds Vedanth that he has only 12 hours remaining before the wedding and no matter what he tries to do, he will remain unsuccessful. To this, Vedanth gives him a feeble smile.

Why is Vedanth smiling at Gautham? Does he have a plan in mind? You’ll know only if you stay tuned.

Watch the latest episodes of your favourite Kannada shows, streaming here on ZEE5.

If You Are A Crime Thriller Person, The ZEE5 Original Series Auto Shankar Is Now Available For You To Watch In Kannada. Click Here To Watch It On ZEE5