In tonight's episode, Vedanth goes out of his way to help Parimala and Manjunath while Gautham reminds him that only 12 hours remain for the wedding! 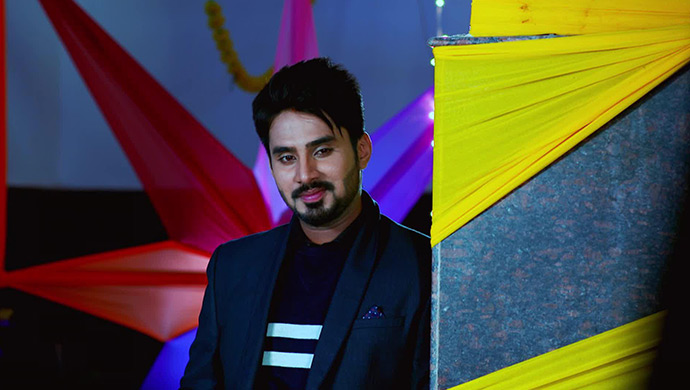 On the previous episode of Gattimela, Vedanth signals to Vicky on how to seek blessings with Aarthi from the priest, much to Gautham’s annoyance. Post the rituals, Aarthi cries inconsolably because Vicky had to face heart-break because of her. Adithi, Amulya, Anju and Aadya console her shortly after. Manjunath, who sees the Vashishta brothers, assumes them to be thieves and creates a big ruckus. Eventually, Vedanth and Vicky have no choice but to finally reveal themselves. Vedanth later apologises to Parimala and Manjunath about his mother’s behaviour. After forgiving him they officially invite the two of them to Aarthi’s wedding.

In tonight’s episode, at the venue, a few ladies find Parimala and inform her that the preparations for Aarthi’s wedding have been done on a grand scale. Suddenly, one of them notices that Parimala is wearing just a thread in place of the thaali-sara (the sacred necklace that married women wear) and question her about it. Somehow, she diverts the topic and is saved from embarrassment. Padma, who finds her just then calls her to eat food but Parimala insists that she has little more work. Padma then notices her giving some money to Adithi to bring something and wonders what it could be. Elsewhere, Vedanth informs Vicky to keep a serious face in front of everyone so that no one should get a doubt about what they are really here to do.

After Vicky leaves, Vedanth and Amulya crash into each other and get into their usual blame game. Just as Vedanth excuses himself to go somewhere, she blocks his path and asks him to say ‘thank you’ for helping him and Vicky before. However, Amulya’s plan fails. As he is going to find someone from the Manjunath family, Vedanth comes across Gautham who taunts him about the little time he has remaining to stop Aarthi and his wedding. As Adithi passes by them, Gautham pretends to thank Vedanth for coming to the wedding but when she leaves he reminds the former that this game will be his. Sarthak and Kantha arrive there soon after Gautham leaves and ask Vedanth what was his conversation all about. Meanwhile, Aadya and Amulya share some quality sister-in-law time with each other while packing the gifts.

During their conversation, however, Aadya mentions Vedanth as Amulya’s life partner by mistake, causing the latter to freak out. Vedanth then begins telling Sarthak his plan of kidnapping Gautham so that there is no one to tie the thaali to Aarthi. This way Vicky becomes the saviour of the day. Sarthak, who puzzled by this step, is then asked to not leak this information to Vicky. Before beginning their plan, Vedanth excuses himself and goes towards Parimala’s room. He then hands over a package to a small boy and asks him to give it to Parimala. She, on the other hand, is puzzled to find the bag and opens it to find the thaali-sara she gave to the decorations person. Adithi, who comes there just then asks her mother why she asked for a fake thaali but Parimala doesn’t answer.

An excited Manjunath goes to his wife and exclaims that some unknown person has cleared all their dues for the wedding. When Parimala asks if the same person must have returned her thaali-sara, Adithi remembers the same package from Vedanth’s hand earlier. She is about to tell her parents the truth when she spots Vedanth at a distance watching them. He then signals her to keep quiet, so to change the topic she asks her parents to take rest. They bless the man who helped them with all their heart causing Vedanth to let out a sweet smile. Elsewhere, Kantha finally finds the man who I supposed to kidnap Gautham. Upon looking around they find Gautham and go to follow him.

Adithi, who finds Vedanth later, tries to get to the bottom of why he helped her family when Amulya arrives there and assumes that he is brainwashing her sister against Gautham. Their conversation obviously ends with a fight and some name-calling.

Will Amulya find out about Vedanth’s help? Will Kantha do a good job in kidnapping Gautham? To know you have to stay tuned to the next update.

Watch the all the episodes of your favourite show Weekend With Ramesh Season 4, here on the ZEE5 platform.

If You Like Crime-Thrillers, Watch The Mahesh Babu Film Spyder, Streaming For Your Entertainment On The ZEE5 Platform

EXCLUSIVE Pics: 17 Unseen Stills From An Upcoming Episode Of Paaru

Gattimela 18 July 2019 Preview: Amulya Reveals That Vedanth Has A Slight Crush On Her