Gattimela's story is getting fine-tuned, this episode will put things in perspective! 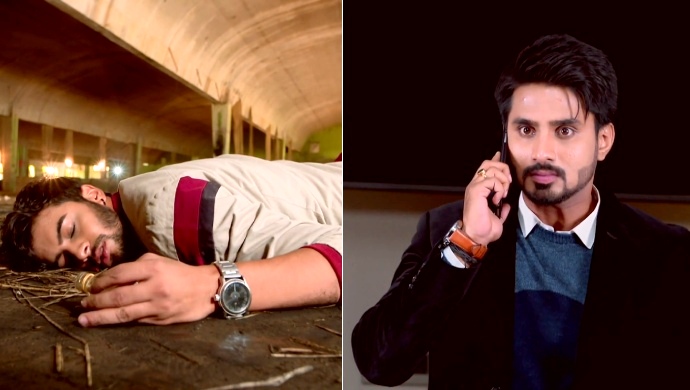 In the previous episode of Gattimela, Sarika follows Vicky into Aarthi’s house but is unable to catch them red-handed. Still, she instigates Aarthi enough for her to break all ties with Vicky right away. Later, Sarika gives her parents some big news about the love of her life. As Aarthi’s engagement preparations start in full swing, Vedanth makes life difficult for Amulya, as part of revenge. Elsewhere, Suhasini learns that Vicky is in love and very upset at the woman who made his son depressed. She later accepts Sarika’s proposal for Vicky. At the office, Amulya accidentally says something to make Vedanth angry.

In today’s episode, Vedanth enters the conference room rather cheerfully and asks everyone to wait until the clients come. Amulya, who is already annoyed because of Vedanth, is then asked to get tea for everyone by him. Instead of getting up, she then orders for tea via the phone. The whole time, he doesn’t miss an opportunity to demean her ‘admin position’ in front of everyone.

Amulya meanwhile, gets frustrated when Vedanth tries to while away time instead of letting her go home to attend her sister’s engagement. Vedanth’s smile soon fades when he calls up the clients to ask for an update as to where they are and gets shocking news instead. Amulya, who overhears this conversation is elated that her plan worked. Parimala is glad when Sarika’s family arrives and praise the Manjunath’s for making such good arrangements. Soon, Gautham’s family arrive and are greeted by everyone. Sarika takes this opportunity to go to Aarthi’s room and ends up leaving her in tears.

Elsewhere, Kantha tries to calm an irate Vedanth, who claims that a mail was sent to the clients from his email ID stating that the deal was off. When they check the sent items, they are puzzled because no such mail can be seen. Then, a screenshot of the mail from the clients leaves Vedanth baffled. When Kantha swears that he hasn’t done anything, Vedanth remembers the CCTV camera and asks to immediately see the footage. Soon, he learns the truth.

Meanwhile, as Aarthi is walking to the engagement podium, she mentally asks for forgiveness from Vicky for what she did. Vicky, on the other hand, gets drunk in an abandoned area and soon starts sulking while Sarika goes on trying to convince Aarthi that she deserves Gautham. At the office, Sarthak is stunned to see Vedanth screaming at Amulya and tries to probe into the matter. To everyone’s surprise, Amulya gives a crisp reply to Vedanth’s accusations. Vicky breaks down in the same abandoned place while Aarthi sits next to Gautham to start the nischithaartha formalities. Amulya is just about to get fired when Vedanth gets a call from Vicky stating that he has taken a drastic step!!

Will Vicky survive? Will he and Aarthi ever be together? Stay tuned to find out.

Watch the latest episodes of Paaru, streaming for free on Zee Kannada, to keep the entertainment going.

Shraddha Arya Has Portrayed A Kannadathi Woman Splendidly In The Film Maduve Mane. Click Here To Watch It On ZEE5 Now!