Amulya finally tells Vedanth that she is in love with him and he is taken aback. 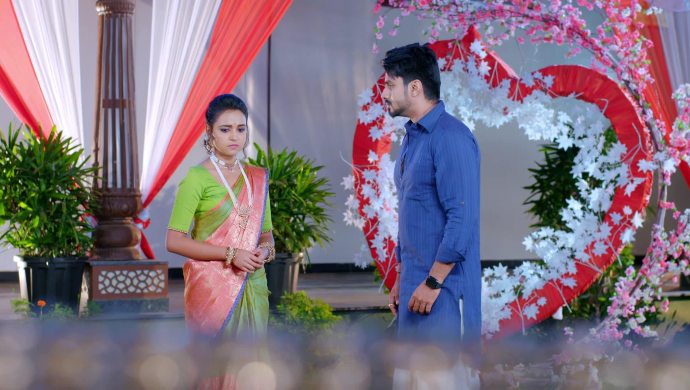 In the previous episode of Gattimela, Adithi and Anjali try to console Amulya. When she blames herself, Adithi says that she mustn’t do that. Amulya replies to her saying that she is not blessed enough to be with the man that she is in love with. Elsewhere, Druva enters the hall. Over there he discovers that the marriage that is about to take place, is between Aarthi and his own brother Vikranth. Druva realises this and tries to leave the wedding hall.

In the next episode, Vedanth searches for Amulya. When he finally finds her, he tries to make conversation with her. Amulya, however, doesn’t say anything. When she tries to leave, he holds her back and asks her why she is acting in such an odd way. On being asked repeatedly, Amulya loses her patience and blurts out her feelings for Vedanth where she tells him that she loves him. Vedanth is taken by surprise.

Which Is The Favourite Food Item Of Ramya, Priyamani and Radhika Pandit?