Sarika is successful in her plan on convincing Gautham that Aarthi needs him. Meanwhile, a new war begins at Vedanth's office between him and Amulya! 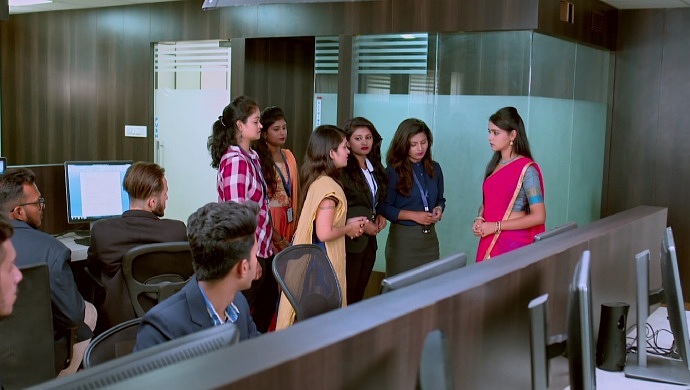 In the previous episode of Gattimela, Sarika is furious to learn that Aarthi was indeed talking to Vicky. Through the voice recording, she is even able to learn about Aarthi and Vicky’s secret wedding that almost took place. At Vedanth’s office, Amulya accidentally leaves her ‘bindi’ on the mirror of Vedanth’s personal washroom causing him to get furious. As a result, the entire women’s team is punished with one week’s worth of overtime. Sarika, who is successful in brainwashing Gautham against giving up so easily. He later calls Amulya and Vedanth to meet in private and tells them something shocking.

On the next episode, Sarika tells Gautham that he is the one that should actually be tying the taali around Aarthi’s neck. When he asks about Vedanth, Amulya and Vicky will allow this to happen, she clears all his doubts. Elsewhere, Amulya and her team of women, play pranks on Vedanth by pretending to be the automated voice of a ringtone service. Annoyed, he challenges to come in front of him is she has the guts, to which she agrees. Later, Vedanth claims that he will forgive the punishment for everyone else if she accepts to do overtime for one full week. In the end, Amulya accepts the challenge in front of her female comrades and promises to teach Shunti Shankara a lesson.

What will be Amulya’s revenge plan? Will Parimala allow Amulya to work late hours? Stay tuned to find out.

Watch the Vinaya Prasad Special on Weekend With Ramesh Season 4, right here on the ZEE5 platform.

If You Are A Fan Of Ramesh Aravind Don't Miss His Hit Show On Zee Kannada, Weekend With Ramesh, Now Back For The Fourth Season. Click Here To See All The Episodes On The ZEE5 Platform

Gattimela 13 May 2019 Written Update Of Full Episode: Sarika Finds Out A Shocking Truth